At the Scottish Documentary Institute, Ben's involvement with I AM BREATHING began when he set up its NationBuilder website and edited the trailer you can see above. As producer of marketing and distribution, he worked on this documentary right from its 2012 world premiere at the prestigious IDFA Feature Length Competition. During the following festival run (Hot Docs, True/False, Edinburgh, and many others), he re-published the deceased protagonist's original 100 blog posts, each with new context and imagery provided by his widow. With extensive social media engagement around every post, this led to a substantial audience build-up towards a 'global screening day' to be held on 21 June 2013, coinciding with the annual awareness day for MND/ALS, the dreadful disease at the centre of the film.

The plan was that anyone, anywhere in the world should be able to host a screening on that single day (or soon after). How would the team be able to facilitate that? 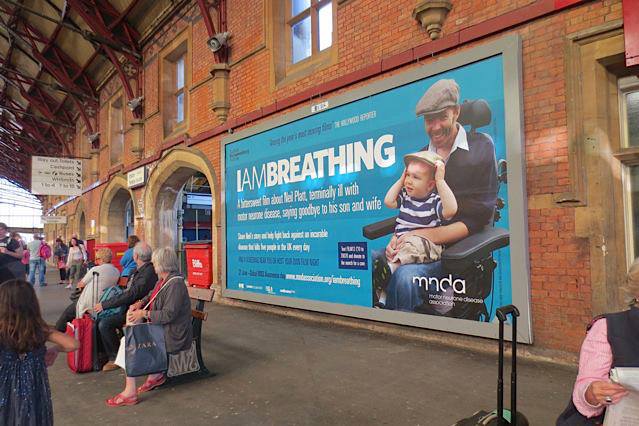 Ben's outreach colleague at SDI, Rebecca Day, coordinated a partnership with the Motor Neurone Disease Association, at first minor investors in the film who then went on to become core promoters, encouraging all their local groups across England and Wales to hold screenings of the film. The charity had been donated some advertising space, and all of it got dedicated to I AM BREATHING. Hundreds of large billboards went up on the London Underground and on Network Rail across the country – and stayed up for months. This crowd-sourced Facebook gallery will give you an idea of the scale.

Together with excellent media coverage facilitated through London publicist Alex Rowley, this led to a great deal of anticipation of the 'global screening day' within the UK (see The Independent, Telegraph Magazine, The Guardian, BBC Breakfast, The Daily Mail, The Sun, ITV This Morning, and many more). 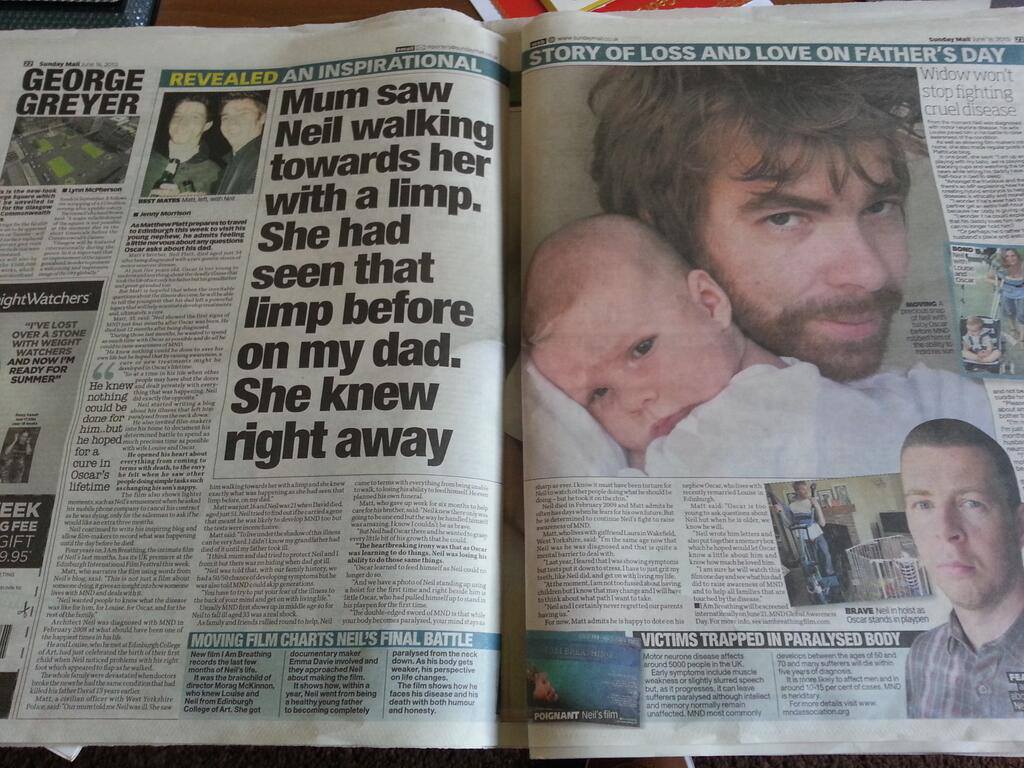 In terms of actual worldwide reach, Ben convinced many members of the documentary online community The D-Word to volunteer in an experiment in collaborative distribution, organise screenings wherever they were – and effectively double the number of countries the film would screen in.

But how do you facilitate a large number of community screenings, all of them almost simultaneous, around the world? This is where the Portable Fundraiser development comes in. We modified a Distrify video player so people could book the right type of copy for their event. This video was made to explain the cause:

Distrify have since re-coded their entire player, so the booking options are no longer available.

In addition to letting volunteers book their screening copy directly through the embeddable player, NationBuilder's functionality for user-hosted events enabled hosts to list their own screenings on the film's website and sync them with respective Facebook events.

In the end, more than 350 special screenings took place in 50 countries – more than half of them on the actual 'global screening day' alone (have a look at this Facebook album).

The Portable Fundraiser was then further developed to allow for top-up donations on DVD and VOD purchases, explaining on a sliding scale what certain amounts will enable both for MND awareness, research and care – and for further outreach work with the documentary. Most times, these voluntary top-up donations were significantly higher than the actual rental fee or purchase price for the film. 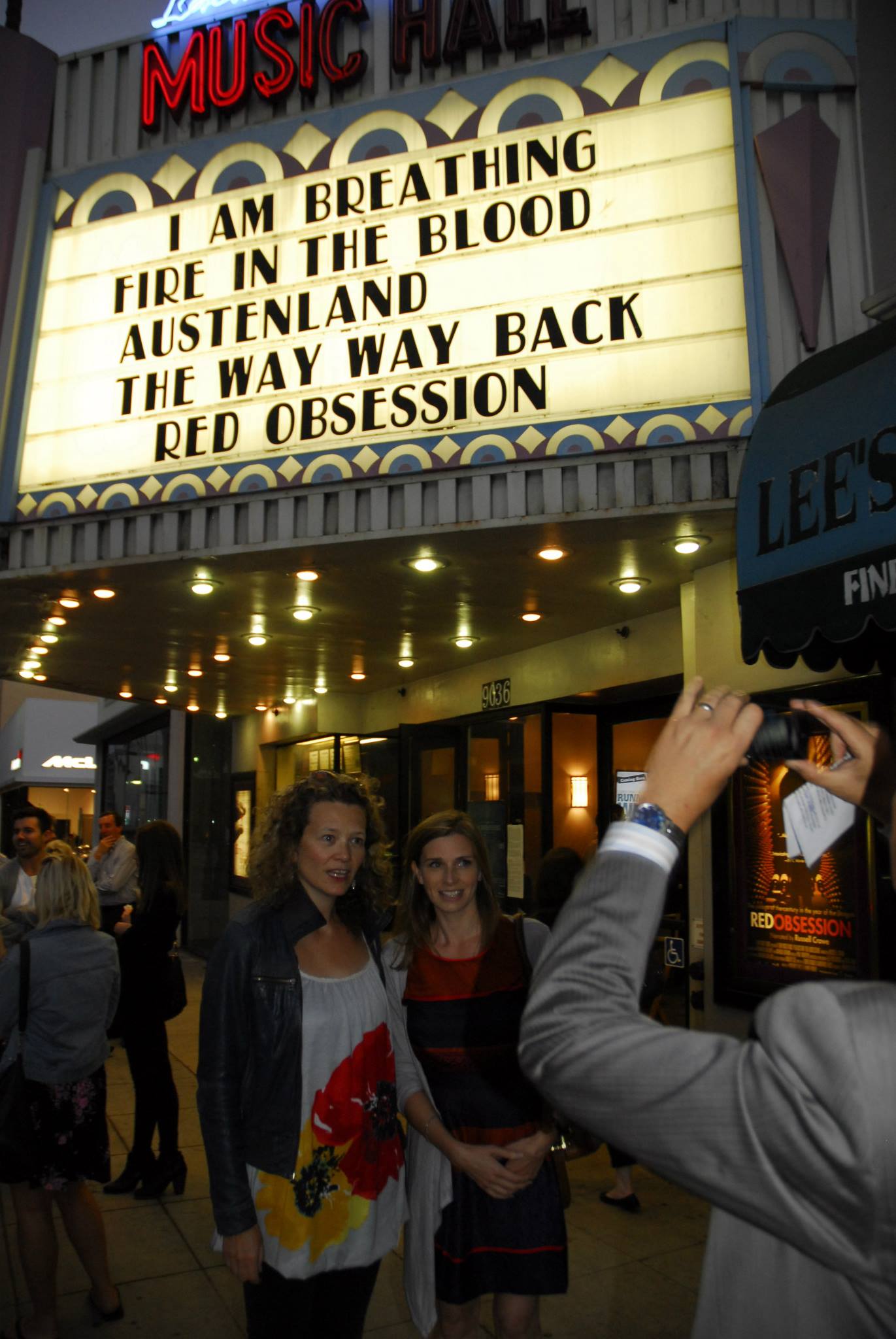 Thousands of supporters signed a NationBuilder petition to get more cinemas to show the documentary, culminating in an Oscar-qualifying theatrical run in New York and Los Angeles, followed by a triple nomination for the BAFTA Scotland Awards, with Emma and Morag jointly winning 'Best Director'.

I AM BREATHING is the subject of an extensive case study in the 2014 book of the Film Collaborative, SELLING YOUR FILM OUTSIDE THE U.S., written by media strategist Jon Reiss who also examines Ben Kempas' role as producer of marketing and distribution in the project.

You can download this book from the Film Collaborative website for free. You'll find Jon's chapter about I AM BREATHING from page 61.