Developing an outreach plan for ONCE AURORA

Consultancy: from a 20-minute visit to the 'outreach clinic' to a 2-day development workshop to an 18-page proposal

If you haven’t heard of Aurora Askness yet, it’s likely that you soon will. Since the Norwegian singer-songwriter broke onto the international music scene in 2014, whilst still a teenager, she has won consistent critical acclaim. On top of that, her ethereal image, vast soundscapes and precocious musical talent have allowed her to build up a worldwide, highly dedicated, following.

Aurora’s remarkable rise is charted in Stian Servoss and Benjamin Langeland’s documentary ONCE AURORA. Like its protagonist, it’s a quirky and original film, with a potentially global reach thanks to that vast community of fans already committed to following Aurora’s life and work. So when producer Thorvald Nilsen and the film's directors attended one of our free ‘outreach clinics’ at Nordisk Panorama Forum in 2017, we immediately recognised the project's potential.

Over the course of two days in June 2018, Thorvald invited campaign strategist Ben Kempas to Bergen to help the creative team devise an outreach campaign with the potential to turn that community of fans into an engine room for getting the film seen. “It was great being part of the two-day exercise. We came up with many ideas for an outreach campaign,” recalls Thorvald.

The discussion was deliberately wide-ranging — taking in everything from high-end PR goals to grassroots event organising, via content marketing and potential campaign platforms. 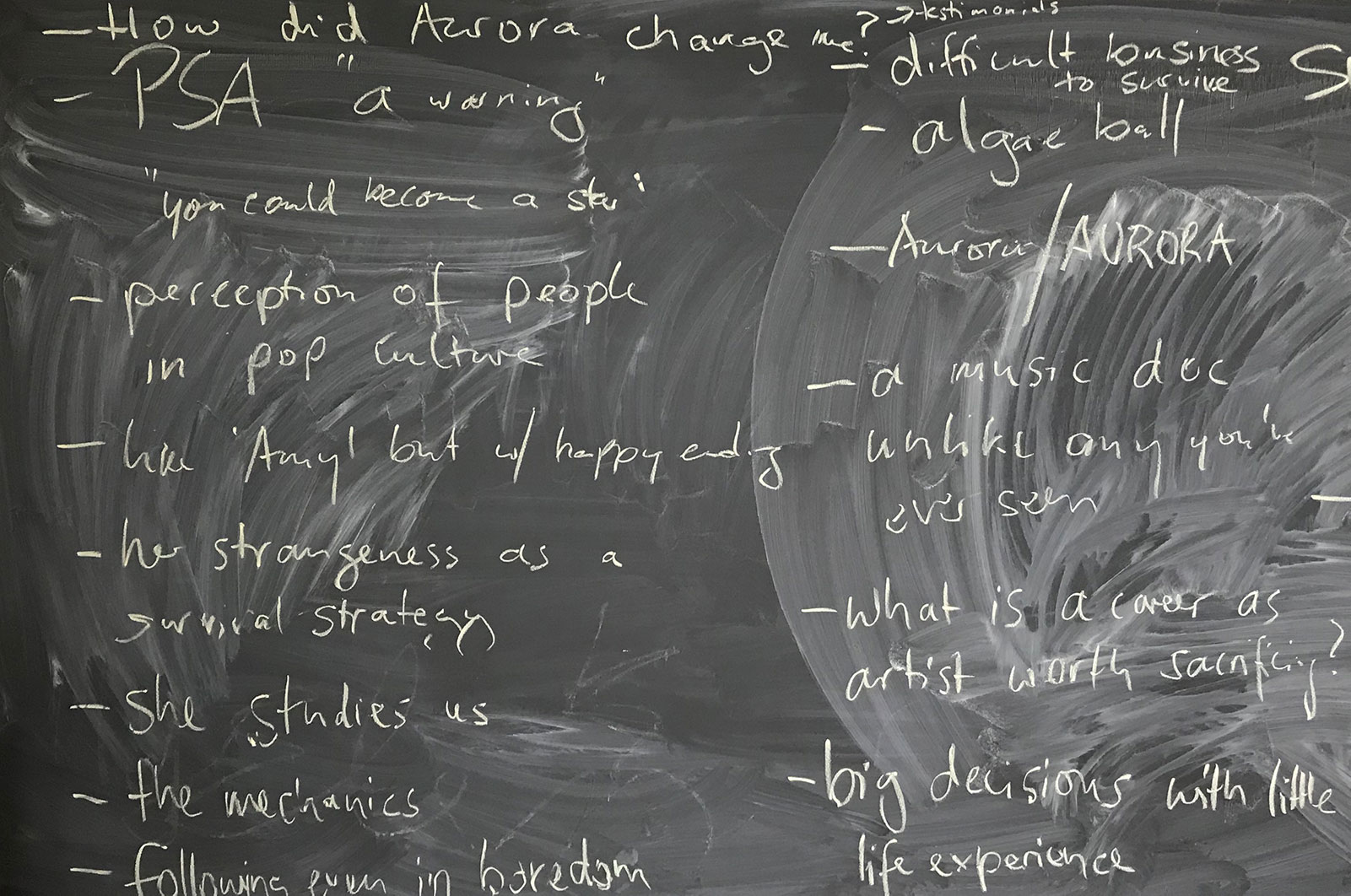 First-stage brainstorming at the outreach workshop for ONCE AURORA

But just as this film is not an ordinary music documentary, Aurora’s relationship with her fans goes beyond standard expectations. With examples ranging from a fan citing her music as a catalyst that assisted them in their struggle with depression, to an entrepreneur deciding to look at his environmental footprint, we became aware that Aurora’s ability to inspire positive change represented a major strength, marking out her story from that of most music stars.

With the singer’s ability to mobilise people in mind, the team became particularly enthused by the idea of a pay-it-forward campaign — which allowed us to draw on Ben's experience delivering a similar process for FUTURE MY LOVE. The concept of creating “Movie Captains” to act as local ambassadors for event screenings was also explored. Film & Campaign recently showed how such a strategy could work on a large scale with DIE KINDER DER UTOPIE (Children of Utopia) in Germany — where each screening was adopted by a volunteer patenschaft to ensure its success.

Later on, Ben and Film & Campaign’s copywriter Chris Silver compiled the ideas from those two days into an 18-page outreach proposal to provide a solid basis for the next steps. 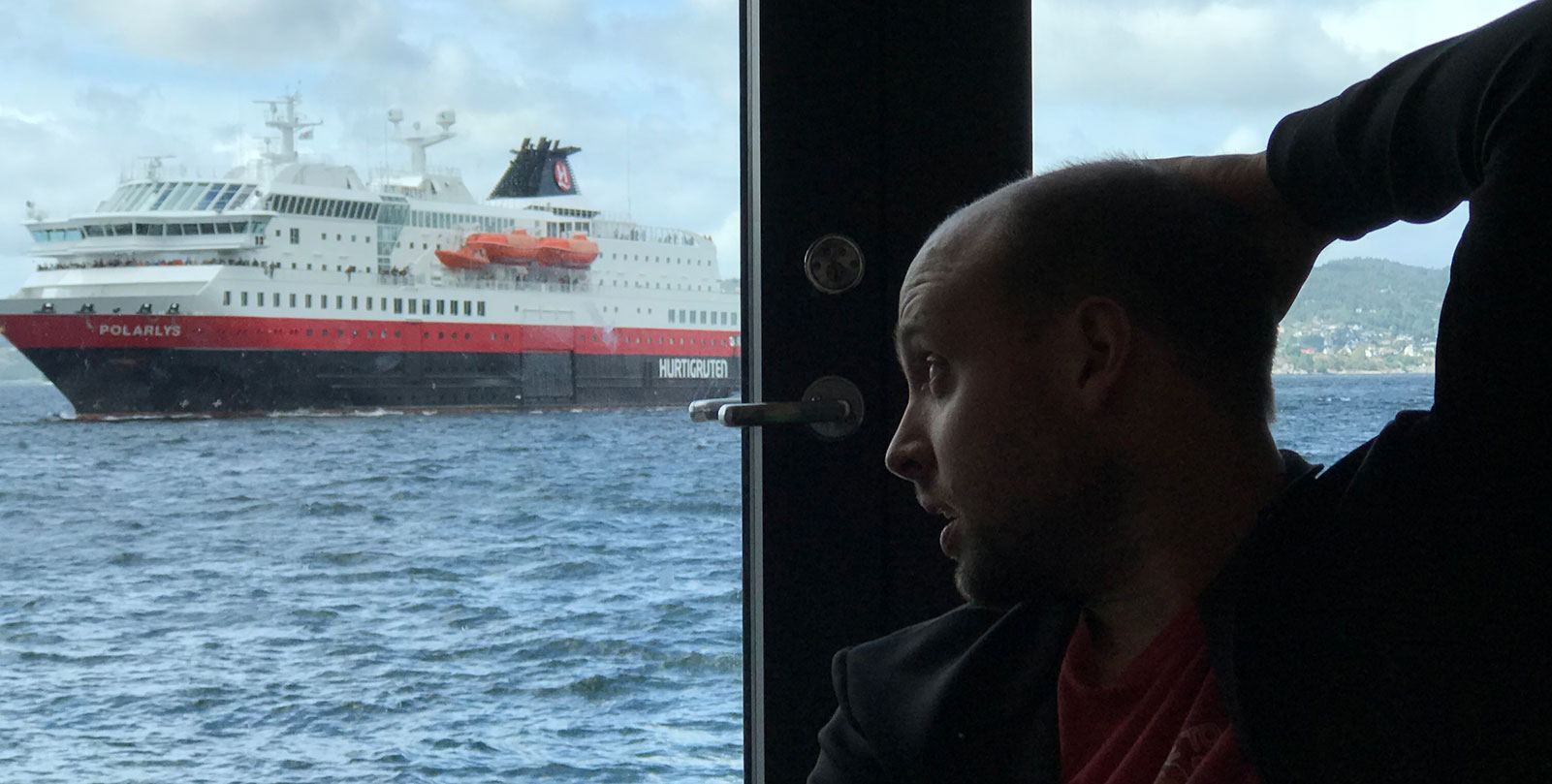 Producer Thorvald Nielsen in his former offices at Flimmerfilm in Bergen

Unfortunately, our exciting plans had to be put on hold — with the original production company Flimmerfilm going bankrupt at the start of 2019, ONCE AURORA has faced a tough launch.

But this didn’t deter Thorvald from ensuring that the film was rescued from the debris.

“I wanted the film to survive, and therefore I loaned some money on my apartment to make it happen. So now I own the film in my own company, and it can travel the world and meet an audience as we intended!” he explains.

We’re confident that as festival audiences get a taste for ONCE AURORA (now being sold by Cat & Docs) – “a music documentary, but unlike any you’ve ever seen” – will get the wide and diverse audience it deserves.

ONCE AURORA will be screened in Malmö at Nordisk Panorama on 21 and 23 September 2019.

Film & Campaign will also be on hand at the festival’s Forum to once again offer free ‘outreach clinics’ for filmmakers seeking tips on how their work can make an impact.