Without the kind of major financial backing to make an “off the shelf” distribution plan work, how would it be possible to ensure that this remarkable film reached as wide an audience as possible?

Always keen to welcome a new challenge, we knew that, with an innovative distribution model, this film could make a big impact.

Children of Utopia takes us into the lives of six young people on the cusp of adulthood as they look back at their time at an inclusive school – a radical concept back then – in Berlin. Some would be described as disabled, but several reject that label – and it is seen to be incidental anyway. Instead, their focus, as they discover the new lives they’ve each made in the 12 years that have passed, is on the ups and downs of life: love, careers, doubt, and determination. This charming and entertaining coming-of-age movie shows how the respect fostered in Class 5D has only grown over the years, as we witness several poignant moments of honesty and compassion.

From the outset, it was clear that an independently produced documentary such as Children of Utopia would probably receive little attention in a normal theatrical release. It seemed regrettable that a film about shifting our perceptions about weakness and strength might get lost in an ultra-competitive sector.

For a production with no celebrity backing and sparse funds, there was one obvious strength that the film had — a strong potential to tap into audiences engaged with the concept of inclusive education. The question was, how could we get to that target audience directly? We knew they’d want to see the film as early as possible, so if we could find a way to get the film to those people as early as possible, word-of-mouth and grassroots networks would be key to getting the film seen.

Clearly, a ‘cinema on demand’ campaign was going to be required. However, with no such platform (like US-based platforms Tugg or Gathr) currently operating in Germany, we quickly realised that we’d have to do things differently. This is where Film & Campaign’s expertise in NationBuilder came to the fore — we rolled out a mechanism to allow people to RSVP to potential screenings, on a single day of action, en masse.

On the big day itself, we welcomed an overall audience of almost 20,000 people on 170 big screens all over Germany. Unlike similar attempts to use a single day of action to promote the launch of a film, almost every screening involved a community-level discussion with local stakeholders.

As a result, The Children of Utopia came third — just after two blockbusters, Avengers: Endgame and Pokémon Detective Pikachu — as the most popular film in German cinemas on 15 May 2019. 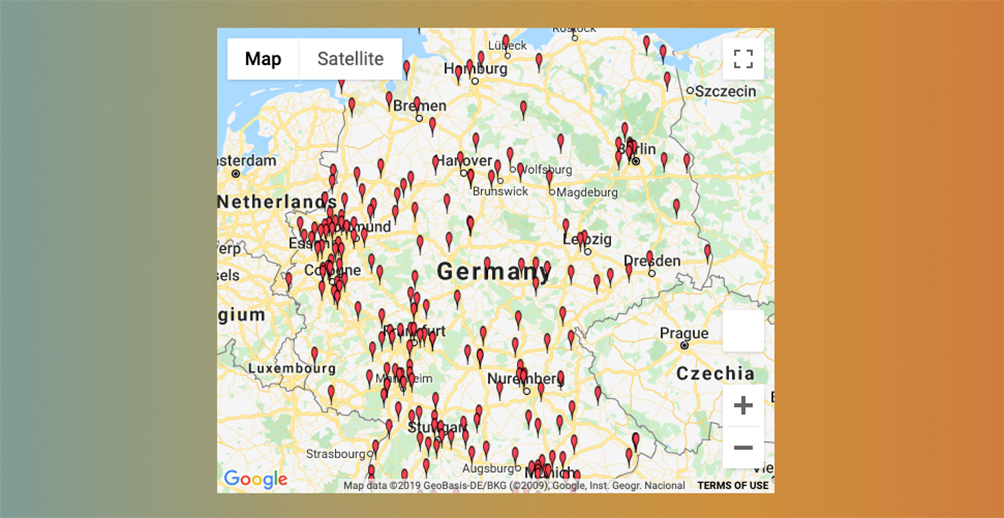 Map of cinema screenings – all on a single day

This innovative approach prompted Süddeutsche Zeitung, one of the largest daily papers in Germany, to highlight the campaign’s use of NationBuilder software and reflect: “Maybe this is the future for such productions.” High-profile film industry magazine Filmecho noted the “huge response”.

We’re proud to note that, to the best of our knowledge, Children of Utopia’s release was the first time that a ‘cinema on demand’ model was deployed on this scale in Germany. The whole process was a truly exciting experiment, and one that we think is fitting given the values expressed in the film itself — a new model for maximizing the reach of original independent cinema, for a film that is all about cooperation in school and throughout society.