In fact, looked at in terms of the average number of attendees per cinema, Children of Utopia actually came out better than the blockbusters, with an average audience of 115 per cinema, compared to 46 for Avengers and 45 for Pokémon.

20,000 cinema visits on a single night – up there with the blockbusters

After lots of planning and five months of running the ‘live’ campaign, the organisers (full team here) are delighted with the unprecedented scale of this success – which saw an overall audience of almost 20,000 viewing the film on the same night on 170 big screens all over Germany. Unlike similar attempts to use a single day of action to promote the launch of a film, almost every screening involved a community-level discussion with local stakeholders.

This innovative approach prompted Süddeutsche Zeitung, one of the largest daily papers in Germany, to highlight the campaign’s use of NationBuilder software and reflect: “Maybe this is the future for such productions.” High-profile film industry magazine Filmecho noted the “huge response”. 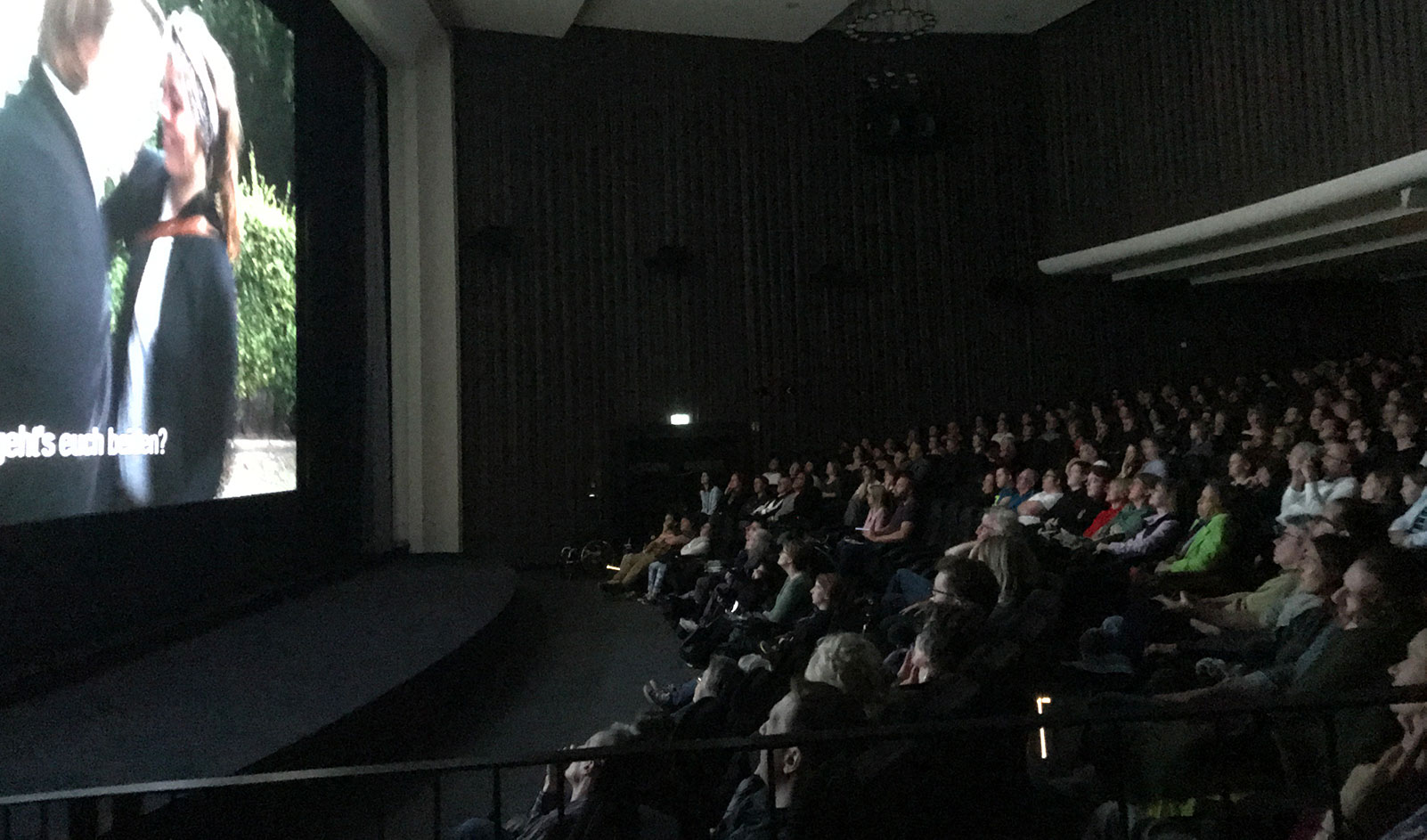 The film has also been discussed in the North Rhine-Westphalian parliament, with the region’s school ministry rescheduling committee meetings so members could attend cinema screenings of Children of Utopia on 15 May.

On social media too, the cumulative response around the film’s premiere was impressive, with a Facebook post reach of almost one million over the last four weeks and almost half a million tweet impressions related to the hashtag #DieKinderDerUtopie.

For Ben Kempas, chief strategist at Film & Campaign, the crucial factor in this success were the volunteers who gave up their time to support the film at a grassroots level:

“We had volunteers on the ground at almost every location, and those were the places where it worked best. That was really significant. Naturally, with a ‘small’ title like this, the booking agents were very nervous in the days leading up to the screenings. Would the well-documented demand through our RSVP system actually translate into ticket sales at the box office? But there was only really a problem in the relatively small number of locations where we weren’t able to have ambassadors acting as hosts, and advocates for the film, in their own town. In these places we did a last-minute, location-targeted Facebook ad campaign – rightly claiming ‘the film’s already sold out in many cities’ – which then propelled some of the ‘problem’ locations from low pre-sales to near sell-outs." 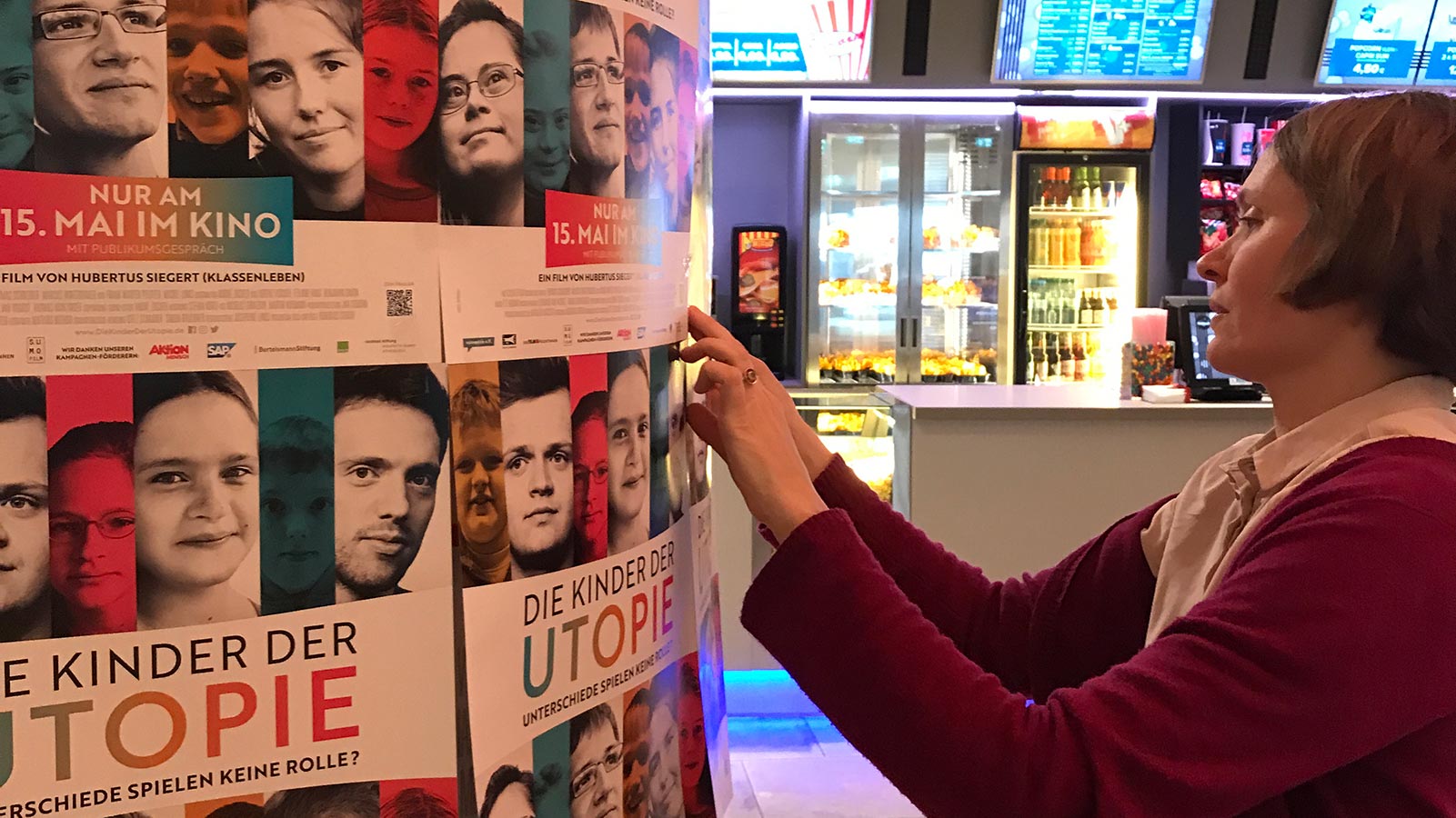 Tina Sander of charity mittendrin e.V. decorating a wall at Cologne's Filmpalast ahead of the event

However, one serious problem on the ground was frustration about the accessibility of many cinemas, especially smaller arthouse venues, in Germany.

“Due to the requirements of our core target group it was very challenging to deal with. We found that many cinemas are not entirely wheelchair accessible: worse, still we found that some venues are not even prepared to properly communicate to what degree they are accessible,” explains Hubertus Siegert, director and producer of Children of Utopia.

The filmmaker: "This was an adventure in a team of inventors"

The campaigning team spent weeks resolving accessibility issues across the country, from providing temporary toilets to funding sign language interpretation for the debates. But reflecting on the overall strength of the campaign, Hubertus felt that the risks and challenges paid off:

“I am incredibly happy with how well the basic idea of a one-night-only cinema release worked out. Key to this was the grassroots organising provided by Film & Campaign on NationBuilder, supported by a very effective social media editor in Berlin, not to mention the efforts and enormous credibility of the activists in Berlin and Cologne. This was not a routine campaign, it was an adventure in a team of inventors.Overall, the experience proves Ben was correct to encourage me to take a new risk in German doc financing: don’t strive for well-funded film production, strive for success in distribution.” 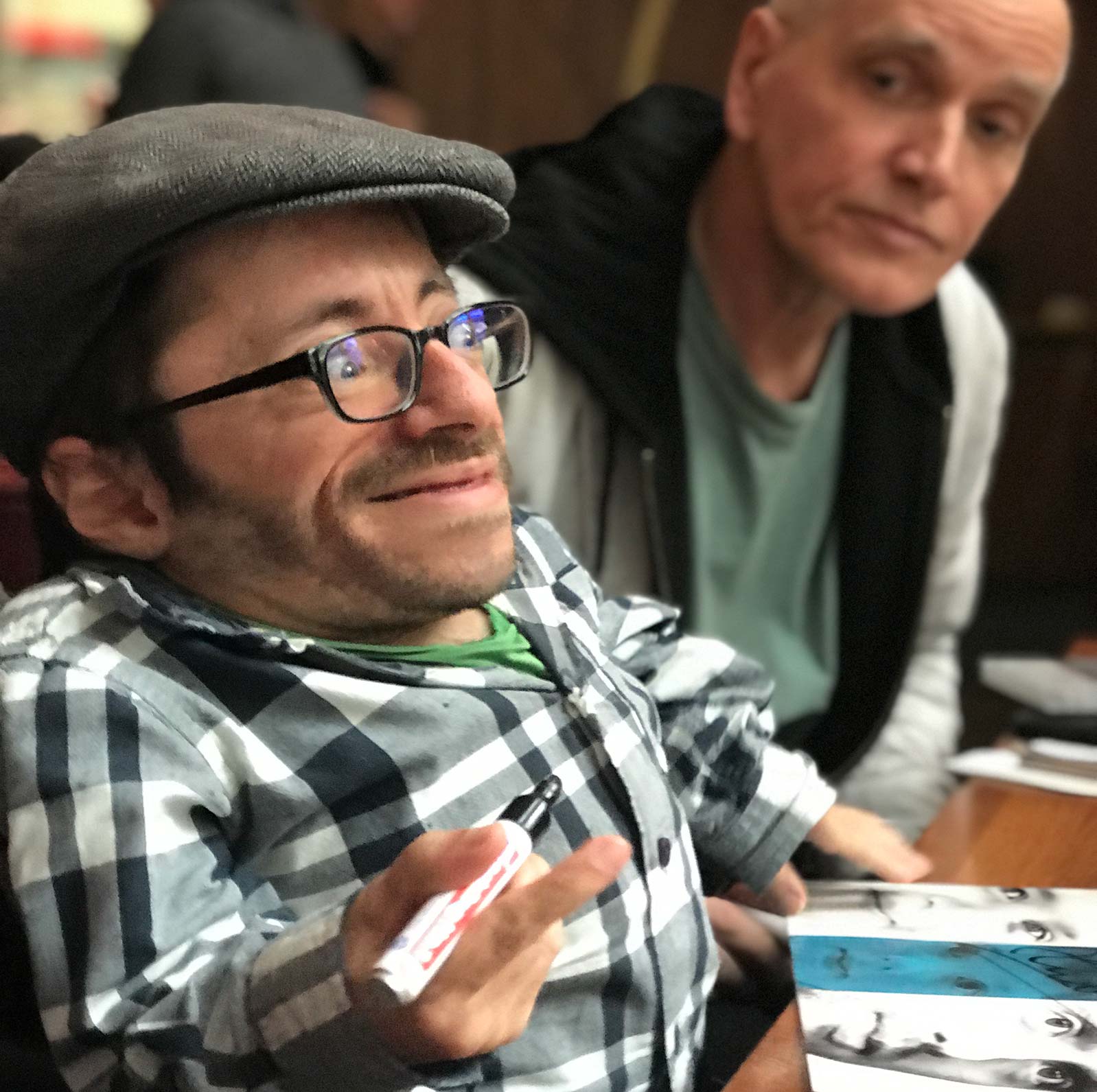 High-profile activist group mittendrin e.V. provided a solid non-profit framework for the campaign, allowing us to separate the outreach and impact activities from the more commercial aspects of film distribution. The charity also enabled the campaigning team to access sponsors like Aktion Mensch, SAP, and others (see Part One).

For Christine von Kirschbaum, a co-chair of mittendrin, this was her first time working on a film release, but the campaign’s character and team were an excellent fit:

“Film is an ideal medium to open up conversations about inclusion to a broader public. The reach we have achieved nationwide with our topic has exceeded all our expectations. That was entirely a collaborative effort. And we not only got people involved with the campaign, but also contributed to giving them a fresh look at a much-debated topic. Hopefully that impact will last for a long time to come.”

Christine’s hopes seem to be borne out by the preliminary findings of an online audience survey, already responded to by every 10th attendee. It’s often easy to dismiss impact documentaries as serving audiences already within a ‘bubble’ with like-minded attitudes. Predictably, the vast majority of our audience already had a positive attitude to inclusion and maintained it. But the survey also found that 26% of audience members walked away from the film with a more positive view of inclusive education, suggesting that the film has already had a clear impact on audience attitudes.

More than a quarter of the audience changed their attitude

Raúl Krauthausen, fundraiser and spokesperson for the campaign, adds:

“I am delighted to see that our plan really worked out in its entirety. I believe the concept of demand-driven cinema screenings is a new way for us to broaden the reach of an issue significantly.For many months, we’ve engaged people around an issue that isn’t an easy one given the current state of public debate in Germany. We really managed to reach people and make them go to the cinema en masse and take part in discussions.”

Finally, Ben points to what he feels to be the underlying strength of the campaign:

“Over the course of my work on other films, I’ve come to believe that there are a couple of main motivators for getting people to attend an event. A rational interest in the subject of the film itself certainly helps, but it’s not the strongest pull factor. It works better to focus on the desire to be part of a ‘herd’ and follow what others are engaging with. Yet the most significant motivator is the scarcity of the product.
With DIE KINDER DER UTOPIE, we succeeded in matching each of these factors with a really clear offer to our supporters. Spread out over five months, there was a rich menu of online content for those with a strong rational interest; our snowballing RSVP system on NationBuilder matched the herd mentality; and the intense focus on a single day of action provided just the right level of scarcity to make people grab the opportunity to see the film along with thousands of others.
This really is taking event cinema in Europe to new levels, and to the best of our knowledge, it was also the first time Germany experienced a film release systematically enabled by local hosts and proven audience demand in each location. I hope that the insights we’ve shared here will inspire other independent docs to take a leap into the unknown and maximise their impact!” 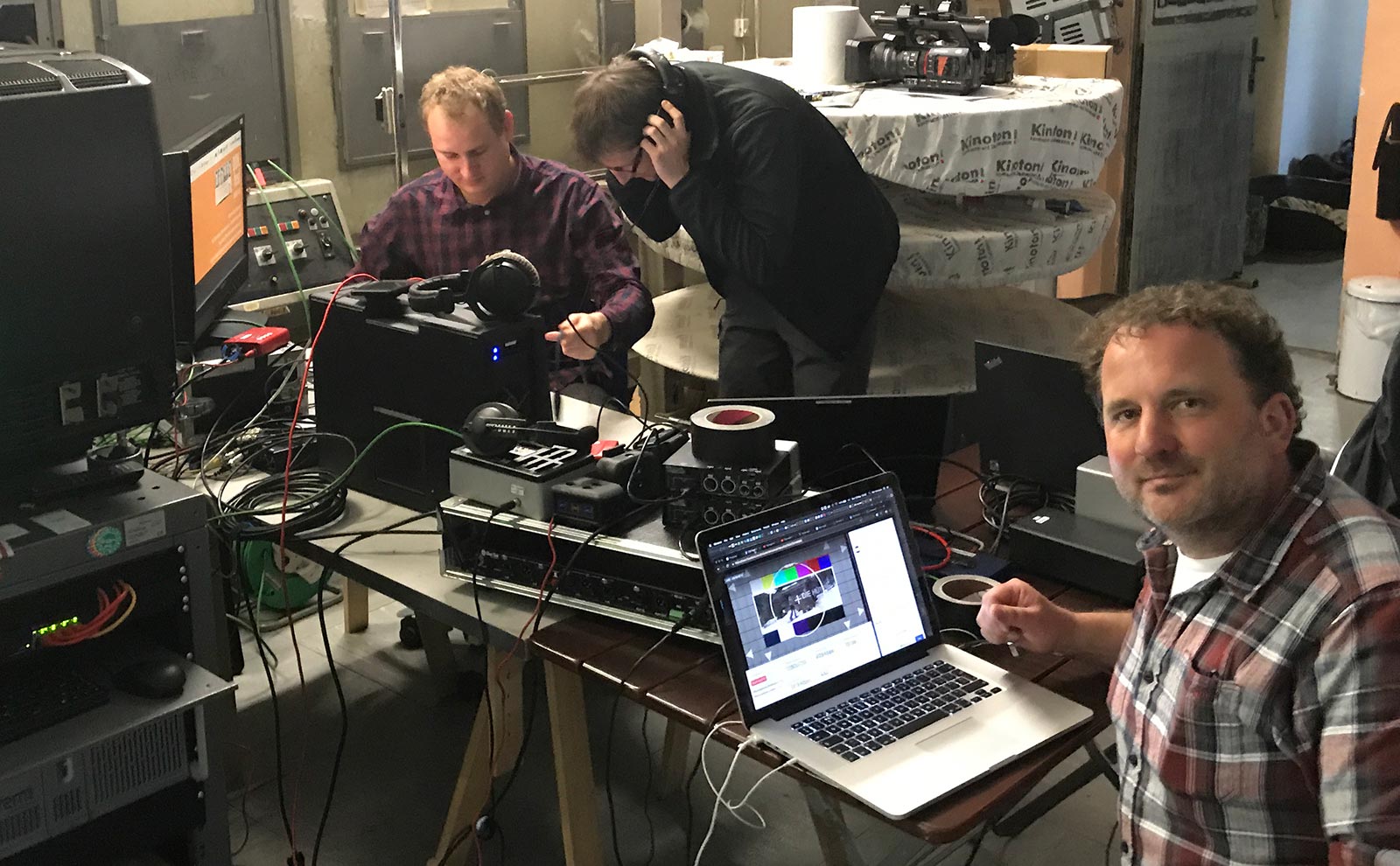 Ahead of the world premiere at Munich DOK.fest: turning the projection booth into a live broadcast unit for social media.