Promoting ANOTHER PARADISE at Sheffield Doc/Fest

Case study: How a timely micro-campaign for the world premiere at a key industry festival can put a film on the map.

In this job, there are few things more satisfying than getting to work with a film in its early stages and then seeing it grow and develop all the way to the premiere.

For our team at Film & Campaign, this was the case with ANOTHER PARADISE, a new Clin d'oeil film about the struggles of the Chagossian people to return home — Jen Stout and Ben Kempas helped draft early treatments, developed ideas to expand it into a wider “story universe” and outlined some of the ways in which this epic documentary could build an impact campaign aimed at civil society in the UK.

Since forcibly evicting every inhabitant of the archipelago in the 1960s, in order to make way for the Diego Garcia US military base, the UK maintains its colonial-era sovereignty over the Chagos Islands to this day. This controversial stance was recently condemned at the UN General Assembly — at a moment when Britain’s place in the world is increasingly questioned due to Brexit, this is a film that deserves to make a big impact.

Having worked on the project in 2016, we jumped at the opportunity to shape a small, highly targeted campaign to help ANOTHER PARADISE along the final stage of the journey to its world premiere at Sheffield Doc/Fest.

Whether a film festival campaign is on a micro scale, like this one, or supported by a massive PR budget, the challenge remains the same — how do you raise awareness before general release, and therefore, before a call to action can be framed for a wider audience?

Part of the answer was to ensure that the narrative implicit in the materials submitted to the festival could act as a primer to promote the film at a later date. We helped craft a synopsis, director’s statement, and “Short History of the Chagos Islands” that pointed towards a wider, topical, campaign around the film.

The fact that the Chagos Islands were already in the news allowed Film & Campaign's Chris Silver to pitch an extended op-ed piece to leading progressive news website OpenDemocracy, which draws in 8 million users a year. This was the ideal platform to begin to develop wider themes about decolonisation and Britain’s role in the world, that were about to be presented in the film at Sheffield. It was complemented by a timely article in the Guardian, featuring comments from Director Olivier Magis and the film’s protagonist, Sabrina Jean. 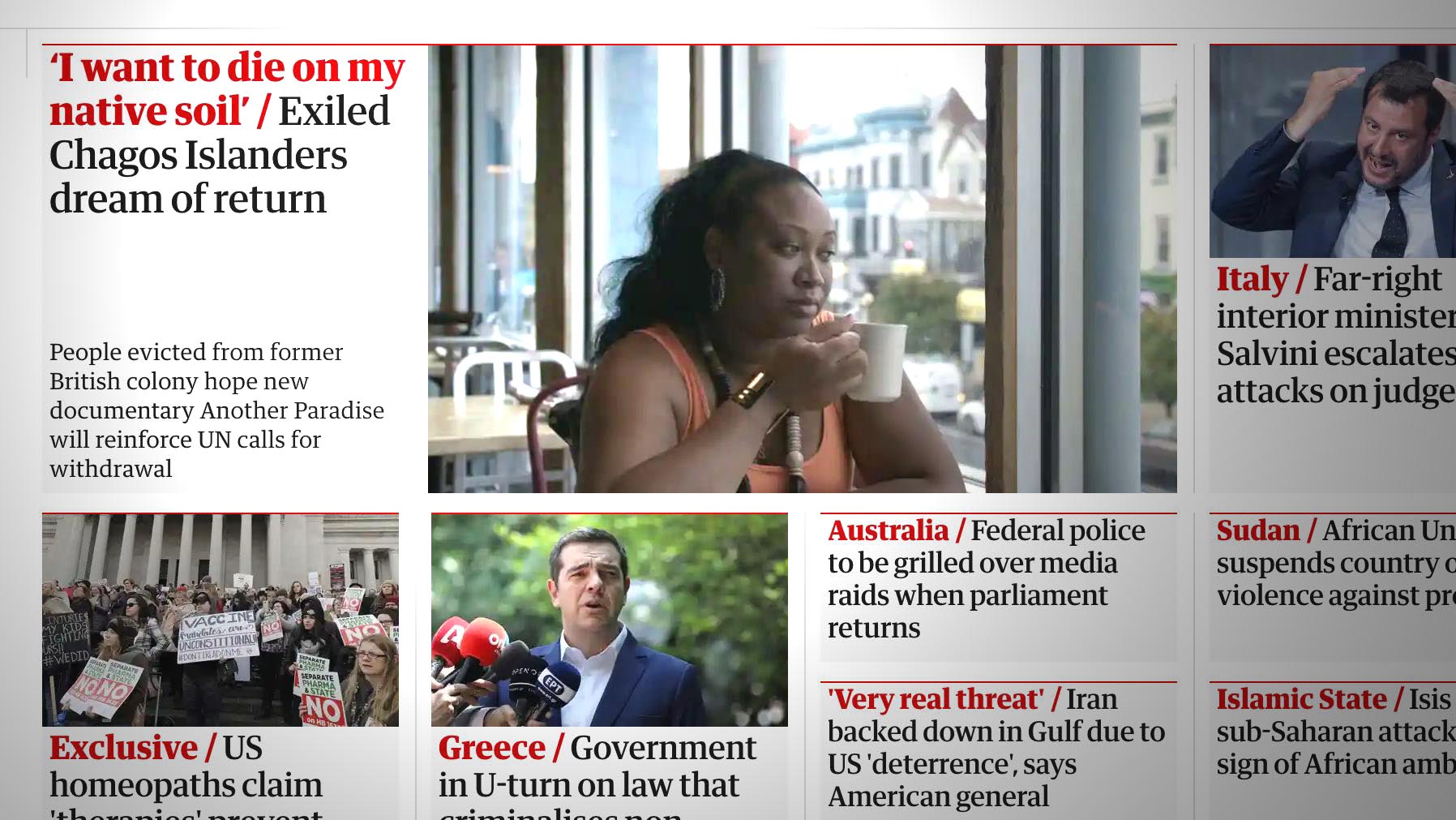 The next step was to maximise the output by being on the ground at the premiere itself. Armed with only an iphone, a world map marking the location of the Chagos Islands and the hashtag #LetThemReturn, Ben used the occasion to ask Doc/Fest attendees to back the Chagossian cause — an unusually literal example of “film & campaign” in action, but also a really important signal to link the premiere to the ongoing Chagossian struggle.

Ben also used the opportunity to interview Sabrina, exploring some of the wider themes that emerged over the course of the project. This provided a snappy piece of video content to further extended interest in the film as new users responded to the film’s Facebook page.

In just four weeks, 25,000 Facebook users were reached by the ANOTHER PARADISE page, leading to over 3,000 post engagements. This was based on a strategy of delivering relatively few posts while promoting them specifically to users who were already interested in Sheffield Doc/Fest.

At the end of the day, industry visibility was the key goal for this micro-campaign, but building a narrative for that initial audience has now set the film up for the next stages in its journey. Plans for that far bigger campaign, based on our development work in 2016, are ready to be activated once the film secures distribution in the UK — the country that, more than any other, needs to listen to the Chagossians’ remarkable story.