A Pledge to Listen: FREE TRIP TO EGYPT

Posted by Christopher Silver on 30 October 2020

Client portrait: How Tarek Mounib is building bridges in FREE TRIP TO EGYPT – and why we all need to listen

In a world that feels ever more divided, many people feel anxious about where things are headed. In the US in particular, as the increasingly volatile presidential election contest has shown, political fall-outs that many people are no longer on speaking terms with their fellow citizens. In response, millions take to Twitter to vent their frustration, others favour the radio phone-in, some invest their time in political activism.

But few concerned citizens of the world follow the path taken by Canadian-Egyptian entrepreneur Tarek Mounib — who decided, in the face of increasing divisiveness and anger directed against ‘the other’ — to offer a reluctant group of right-wing Americans an all-expenses-paid holiday to an Arabic country.

This quest to find out if the simple fact of human connection can overcome complex global divisions is documented in Free Trip to Egypt — a funny, moving, and surprising film about seven Americans learning to live alongside people they had been taught to fear. It’s also a deeply personal film, drawing on Tarek’s roots as the Canadian-born son of Egyptian parents, who was brought up with an Islamic faith that was seldom discussed in public.

“We wanted to reach out to people who were concerned about the ‘Islamic threat’ and say: ‘Hey, is there something we could do for you?’ It’s not about educating or preaching, it’s about human connection,” explains Tarek.

What makes Free Trip to Egypt particularly interesting for followers of Film & Campaign’s work is the innovative ways in which Tarek sought to connect the strong message in his documentary with a joined-up strategy for reaching audiences.

At a series of pre-screenings, which covered a diverse selection of towns and cities in the US, it quickly became apparent that, regardless of where an audience was seeing Free Trip to Egypt, something special was happening.

“It’s not a film that you send to theatres, people watch it, and then it’s over,” says Tarek.

Whether the pre-screening audience was predominantly blue-collar or middle class, left-wing or right-wing — a common pattern emerged. People wanted to stay behind after the credits had rolled and begin conversations sparked by the film’s main themes.

“I was really struck by the impact the film had on people,” says Tarek, “especially when they watch it in a group. When people are in a group something happens, magic happens and people open up and talk. So that gave me optimism.”

These events included a remarkable trip to Kingman, Arizona — the town that was branded racist after a notorious prank in Sascha Baron Cohen’s controversial series, This is America. Never one to be daunted by division, Tarek took the film to Kingman, with some unexpected results. Film & Campaign later captured this in a social video that we created with Tarek to showcase the impact the film has had on audiences:

Armed with this knowledge about the film’s power, Tarek was able to take the project out into the world with the characteristic spirit of adventure that led him to make the film in the first place. This personal drive and passion would become all the more necessary when Free Trip to Egypt came into contact with that most challenging task for any independent film — the search for a distributor.

“With the distributors we spoke to initially, I didn’t feel there was this desire to really get the message out. It didn’t feel like teamwork. They were more like, ‘convince me why your film is great,’ and ‘what’s going to work for me?’. That attitude didn’t really fit the model we put across in the film,” explains Tarek. “This film isn’t about making a lot of money. For us, the biggest concern is that if we would sell the rights to a distributor, they might pay us some money, but wouldn’t be as passionately excited about getting the message out there,” he adds.

Free Trip to Egypt is Tarek’s first film project and represents a career break from his day job as a Switzerland-based entrepreneur.

“I think one of my strengths is being able to attract people who are good at what they do,” says Tarek — an observation that is borne out by his choice of experienced director, Ingrid Serban to lead the production. “It really went well, we had a lot of good people,” Tarek concludes. 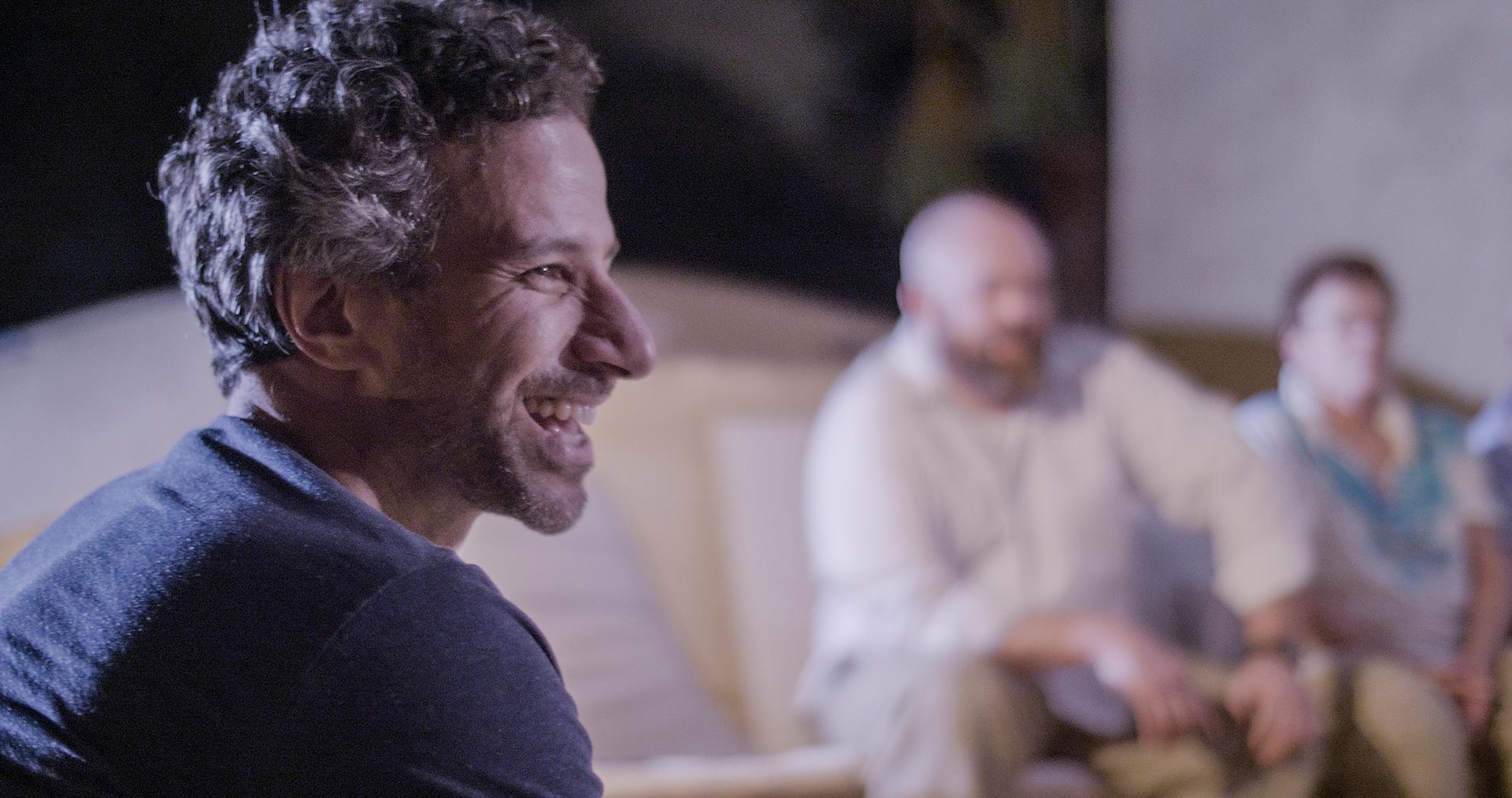 Despite an initial expectation to be able to hand the film over once it was ready for the cinema, Tarek’s willingness to embrace another novel challenge in the distribution phase became critical to sustaining the whole project.

“I thought okay, well, in the absence of a strong distributor who wants to champion it, let me put together a team, and that’s what we ended up doing. Creating our own kind of distribution arm…”

Rather than pursuing a distributor, Tarek’s ‘build it and they will come’ attitude would see plans for community outreach, cinema on demand, and the search for nation-wide partner organisations emerge from the ground up.

Having resolved to follow an unconventional distribution model, the need for an overarching idea to capture the spirit of Free Trip to Egypt became apparent during the first consultancies with Ben Kempas, Film & Campaign's chief strategist.

“Ben asked me a few questions: ‘What are you trying to achieve? What’s your goal? What’s your hope? Is there something tangible you’re asking people to do?’” recalls Tarek. “It was actually when I was on holiday when I really felt what I wanted the film to accomplish — I realised, I don’t want to change anybody’s political or religious views, I was really reflecting on what I’d learned from the film and my whole experience. That was really this new way of just listening to people and engaging.”

Rather than simply encouraging basic sign-ups and expressions of interest, Tarek wanted people to demonstrate a commitment to the values that the film espouses. The public would be asked to take the #PledgeToListen — a compelling narrative in its own right that extended the ethos of the film as it went out on its journey into the world.

“There were a lot of good examples of people I’d met who were just listening, and then I realised the energy of why these diverse people came together and were able to do this, was because of this idea of listening — that’s when the #PledgeToListen idea was born.”

At this point, the project faced a dilemma. How would it be possible to build support for #PledgeToListen without handing over signatories' data to a third-party service? Might it also be possible to use the pledge as a vehicle to build a network of committed advocates for the film’s message?

This core idea would go on to generate audiences through individuals already interested in promoting connection and listening. It would then be boosted by partnerships with over 30 US organisations pursuing a similar agenda.

Day of Unity in 500 cinemas

With the #PledgeToListen project in motion, and garnering the critical support provided by NGOs, the stage was set for a single #PledgeToListen Day of Unity on 12 June 2019 that would see Free Trip to Egypt screened in 500 cinemas all over the United States. On that day, Tarek chaired a live-streamed post-screening discussion featuring celebrities and thought leaders in Washington DC, watched simultaneously by thousands of Americans on big screens across the country.

“I still feel we’re just at the tip of the iceberg,” Tarek reflects, “the Day of Unity was just the beginning. I feel there are millions of people who really want the film and who would benefit from it.”

Interestingly, this was the second film we worked on in 2019 that used a ‘day of action’ model. The other film, DIE KINDER DER UTOPIE (Children of Utopia), also managed to draw-in a nationwide audience of thousands. Where Free Trip to Egypt used the centralised platform Fathom Events and broadcast its Q&A from one central location, DIE KINDER DER UTOPIE went for a more localised approach, driven by demand and with local debates. Ultimately, there’s no ‘one size fits all’ solution for managing these events, but we came across some unexpected insights while building a bespoke solution for our friends in Germany.

Even before the current pandemic, a ‘day of action’ was not going to work for everyone. There are downsides to using a single day to mobilise a mass following — the sheer scale of the organisational challenge can’t be overstated, and it obviously represents a significant financial risk too. However, both of these films were able to make a day of action work because they turned screenings into more exciting events that people wanted to actively participate in.

For Tarek, the film’s mobilising power stems from its universal message in a divided world:

“People are talking in terms of us and them — but there’s a large group of people who want to break through that. The film is about showing there is another way.”

Free Trip to Egypt is now available to stream online, with a pay-it-forward option to help the film’s viral message of hope travel further.