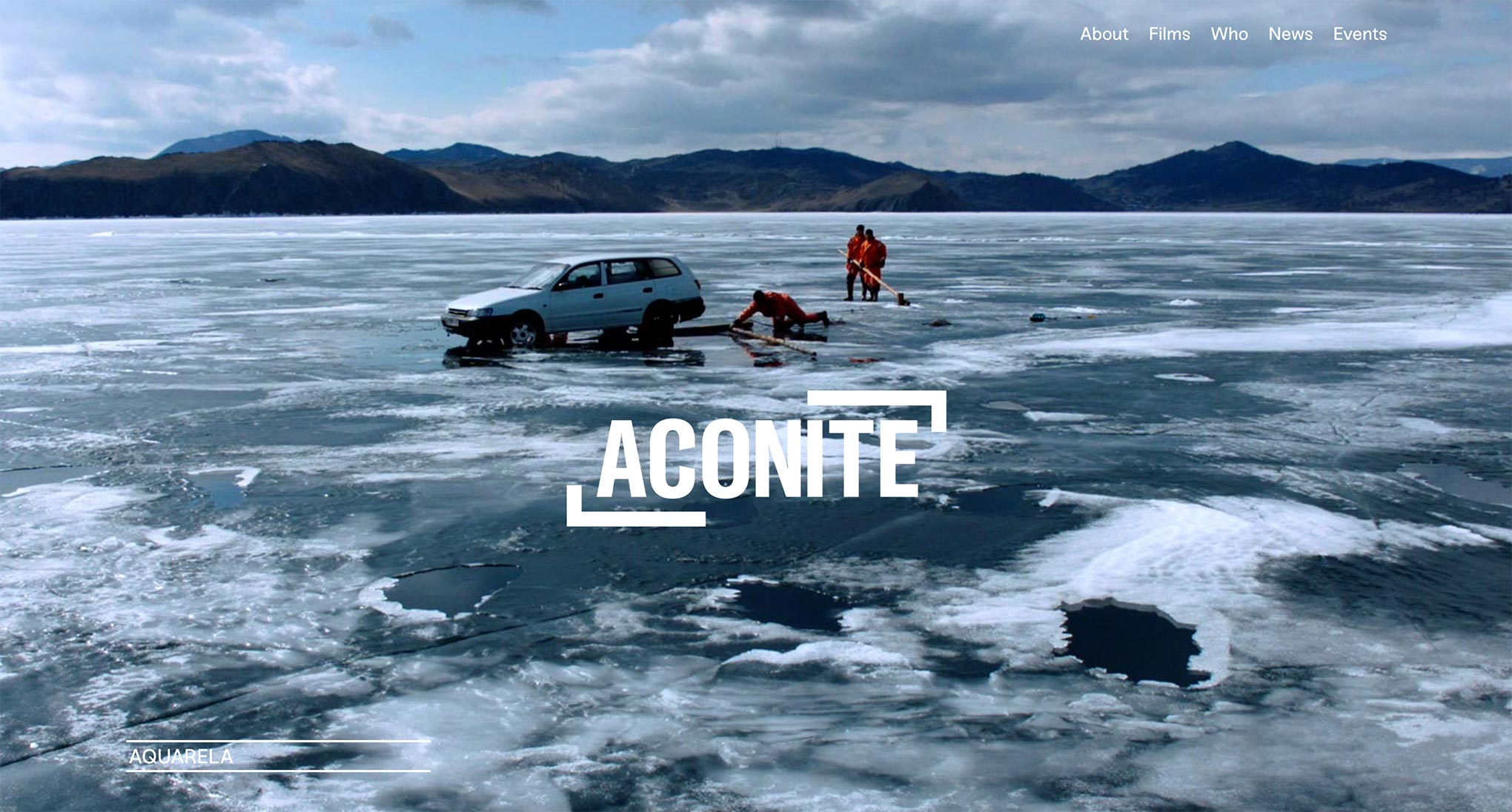 Aconite Productions is best known for the Oscar-shortlisted documentary film AQUARELA by Victor Kossakovsky, which also provides the backdrop for the images above.

In 2018, Rutherglen-based Aconite went through a complete company rebranding and website overhaul overseen by their newly-recruited producer of marketing and distribution, Elizabeth Benjamin.

Film & Campaign built a bespoke NationBuilder theme based on mockup designs by Rollmo Studios, with a focus on clean design, easy navigation, and lots of whitespace to make the visuals and the messaging stand out.

The team received comprehensive training in using NationBuilder as their CRM database, as the website's content management system, and for large-scale communications. A legacy database of industry contacts was cleaned up, updated, and made GDPR-compatible. The website became one of the first-ever sites with new signups going through NationBuilder's consent mechanism which had been launched in time for the GDPR deadline in May 2019.

Check out Aconite's latest updates, as they've quickly become one of the highest-profile documentary companies in Scotland!