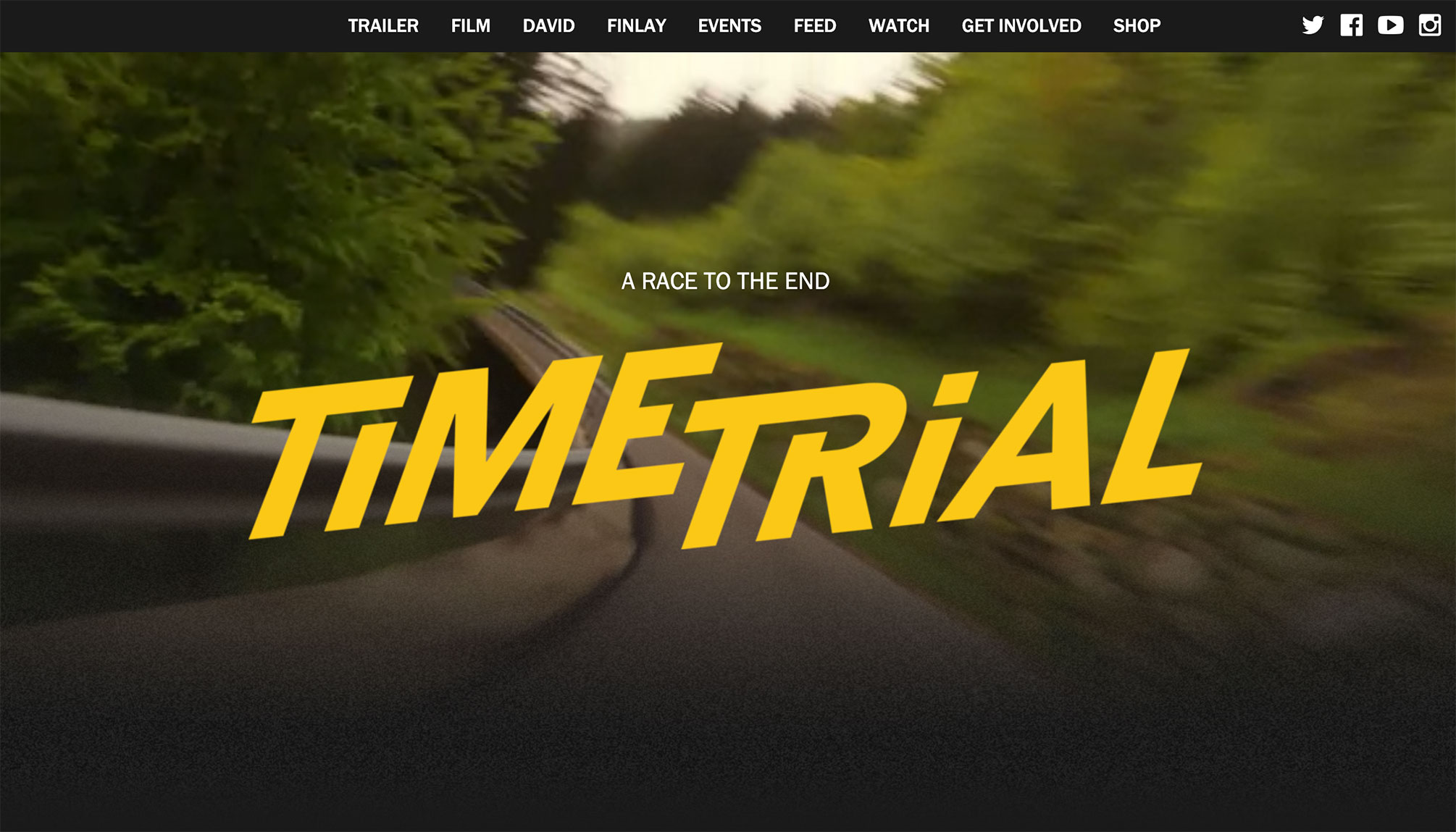 The third iteration for the website of the David Millar Project, a film by Finlay Pretsell with the final title TIME TRIAL, was again built by NationBuilder Architect Ben Kempas, and again based on the immersive graphic design by Joakim Karlsson.

This time, the site uses a bespoke NationBuilder theme with an immersive video header, racing-inspired animations, a long-scroll homepage, complete event management and integration of an external merchandise store.

NationBuilder's volunteer functionality has been used to recruit Superhosts for screenings.

The site was launched just in time for the film's world premiere which took place at IDFA 2017 in the prestigious Feature-Length Competition, with 1400 people attending the premiere. The film has since been travelling around the world.