The worldwide community of documentary professionals

For 12 years, Ben spent much of his spare time co-hosting The D‑Word, a powerful online community for documentary makers. He helped grow the platform from a few hundred to more than 10,000 members worldwide.

Ben has since stepped down from his duties as a volunteer co-host but remains available to The D-Word as a special advisor.

His involvement with The D-Word began in 2001, when he was one of the coordinating producers of a collaborative online project called WAR & PEACE that captured reactions to the 9/11 attacks and their aftermath. Soon after Ben had presented the project at IDFA's Docs Online together with fellow D-Worder Sarah George, the community's founder Doug Block asked Ben to join him as a volunteer co-host, a position he held until June 2014. 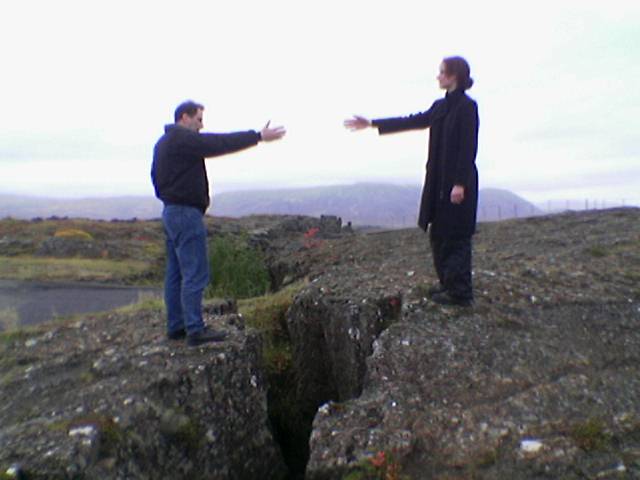 Ben managed The D-Word's joint activities with the European Documentary Network, including the first-ever 'Transatlantic Face 2 Face' between North American and European filmmakers, held in Reykjavik in 2004. Other collaborations with Sheffield Doc/Fest and Documentary Campus followed.

Ben oversaw the development of bespoke networking software for The D-Word, programmed by Peter Gerard and launched in 2007. He likes to claim that in the documentary world, The D-Word pioneered professional and social networking online – long before Facebook and similar platforms came along.

The Portable Fundraiser at work

He ran three successful fundraising drives for The D-Word, with the most recent one called 15 for 15 aiming to raise $15,000 for the platform's 15th anniversary and utilising the Portable Fundraiser's crowdfunding functionality to combine weekly testimonial videos with donations against the set target. The campaign exceeded its target by more than a third. 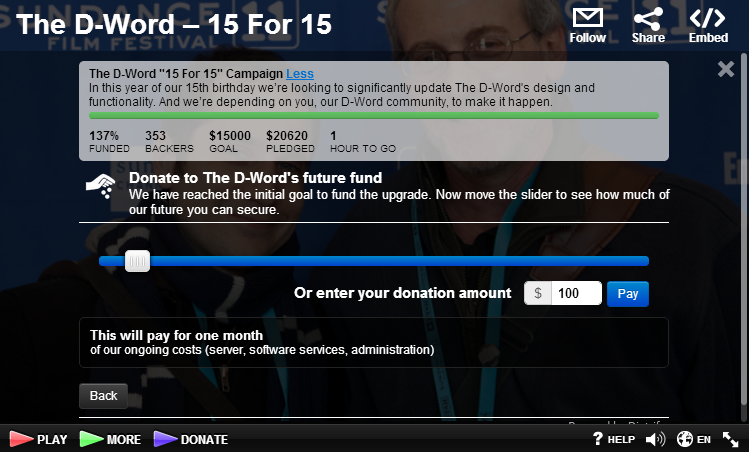 FILM & CAMPAIGN can help you build your own online community, hosted independently from social media. Get in touch if you're interested.