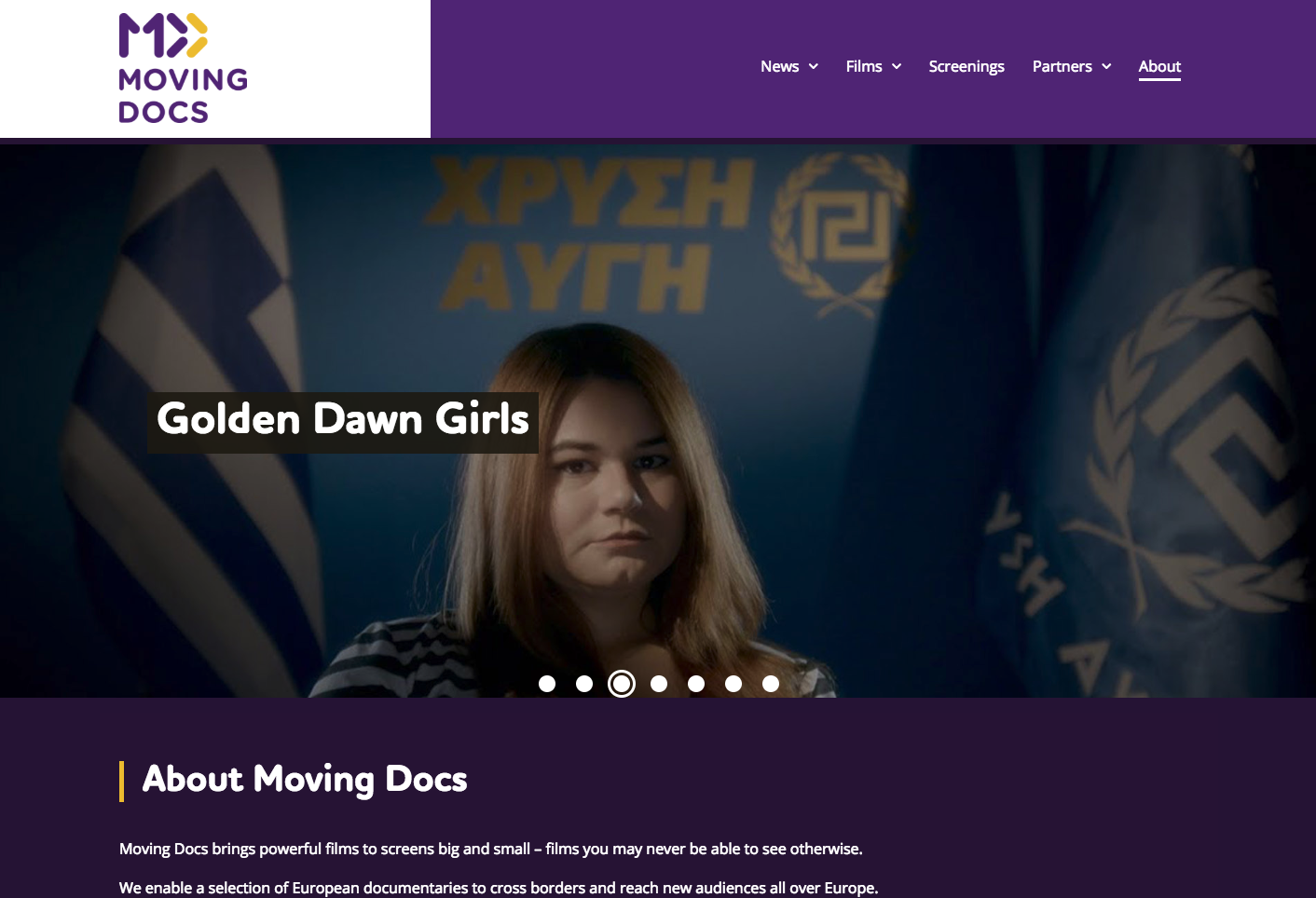 Moving Docs brings powerful films to screens big and small – films you may never be able to see otherwise. It enables a selection of European documentaries to cross borders and reach new audiences all over Europe, powered by local and national partners across Europe, managed by the European Documentary Network, and supported by Creative Europe.

Film & Campaign built, expanded and maintains the NationBuilder website for Moving Docs – originally based on a public theme called Collective but more and more customised over the years.

One of a series of hacks is that a pages related to a specific film are connected to an entry of the respective film in NationBuilder's people database, hence allowing more custom fields to be put a page.

Each film has its own news feed and screenings page, but they call combine into an impressive master page of screenings and the latest news from across the films on the home page.

There is also a useful industry section featuring Moving Docs' own research as well as third-party studies.