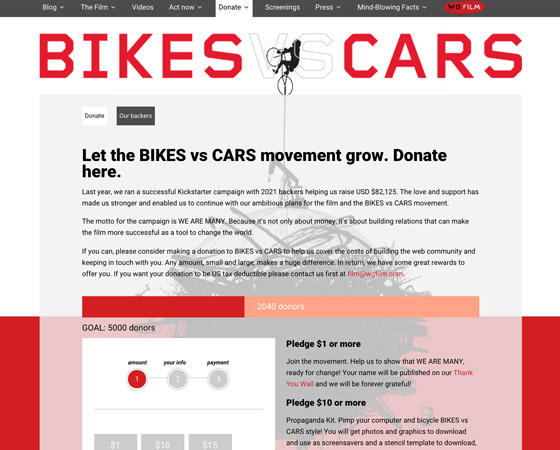 We migrated this site for WG Film from an old v1 NationBuilder theme that was unresponsive, broken in parts, and really difficult for their team to update.

The new site, this time implemented by Film & Campaign, is based on a cStreet theme and now fully responsive, easy to update, and full of new functionality – such as responsive lightboxes that integrate videos, Instagram, or memes.

The artwork was provided by the client, including the animated background image.

As we're posting this, the film is about to have its Edinburgh premiere, following a Cycle on Cinema meet-up.