Campaigns around documentaries – busting the myths

More and more producers and distributors experiment with outreach campaigns that engage audiences in new ways, build non-profit partnerships, or aim to make the world a better place.

Yet many remain sceptical: “Why should we bother with this in the first place?” – “I’m not going to make any money off this, am I?” – “My intern can be the impact producer.” – ”My film is not issue-driven so it’s not for me.”

Interrogated by DOK Leipzig’s Brigid O’Shea, Ben Kempas will be on a mission to counter 12 of the most common misconceptions around outreach work. In his talks at documentary events, he has spent the last year focusing on general good practice for campaigning. Berlinale will see him declare 2016 the year of outreach myth-busting.

Because the worst myth is: “We can think about all this later.” 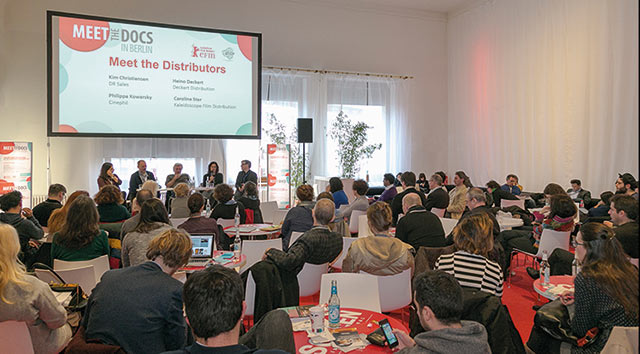 Meet the Docs Conversations provides a variety of panel sessions, each curated and organised in collaboration with an international doc festival partner, spotlighting a current issue of documentary filmmaking and industry. They take place at EFM Producers Hub, MGB 2nd floor.

Ticket price stated below is for an EFM day pass.