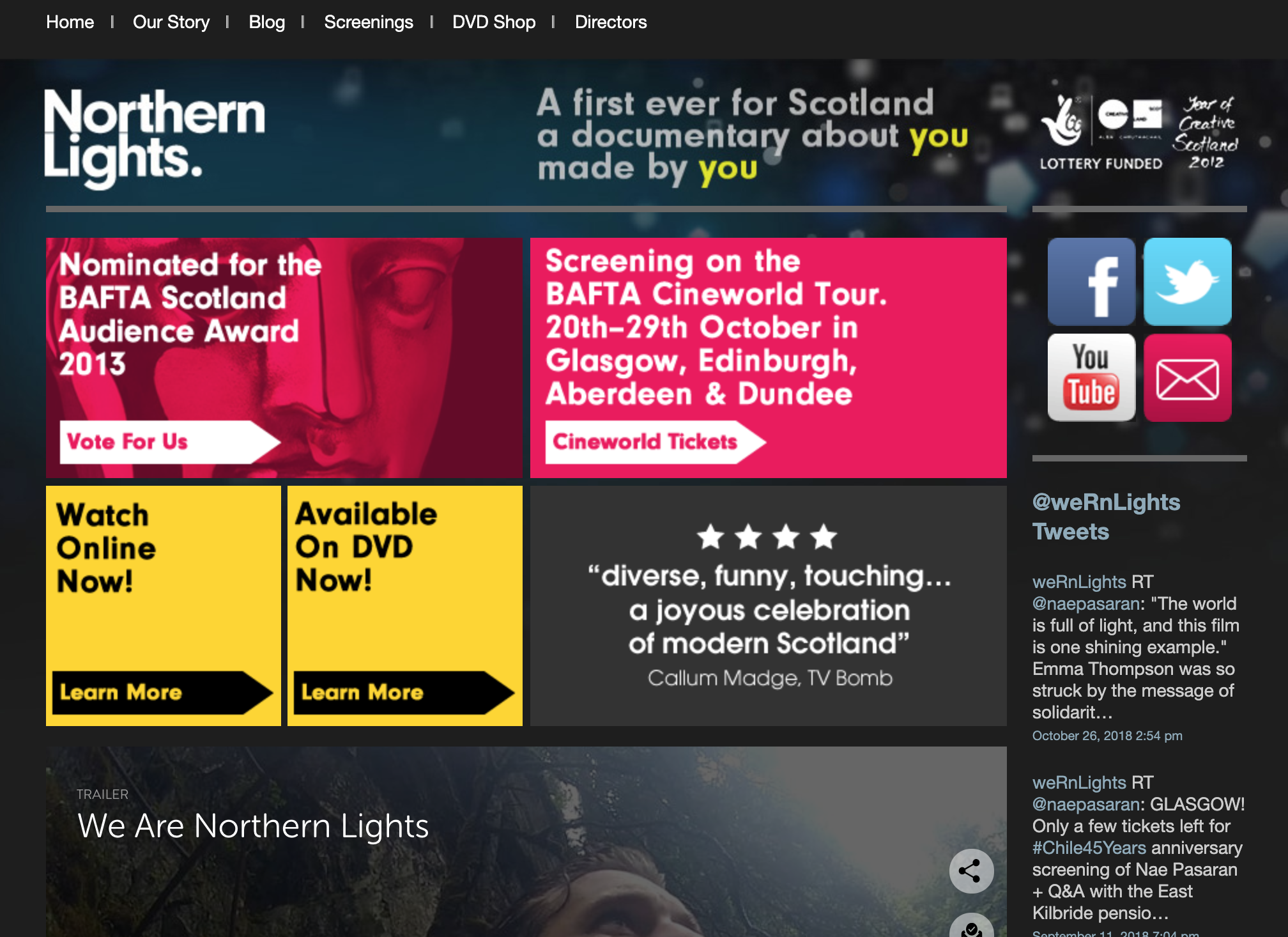 Branded "a first-ever for Scotland – a documentary about you made by you", the WE ARE NORTHERN LIGHTS project was a completely crowd-sourced film project shot by "121 directors", coordinated by Nick Higgins and funded as part of the Year Of Creative Scotland 2012.

The film's website site was built on WordPress, but the team brought NationBuilder Architect Ben Kempas on board to seamlessly integrate NationBuilder's event functionality for coordinating community screenings. This also facilitated featuring a Scotland-wide Cineworld release and a Screen Machine tour.

The event functionality is no longer live but can still be demonstrated on many other film sites we have built.