The old, the new and the sky 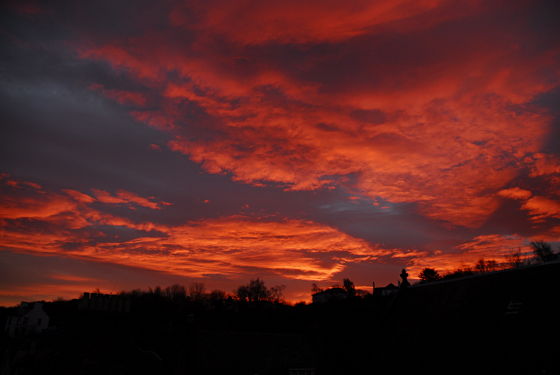 This is the morning sky I'm looking at while writing this, on the very last day of 2014.

What a year it has been, full of departures and new beginnings.

I left my job at the Scottish Documentary Institute, which for the last three years provided a modest safety net for our little family. What a luxury a regular income is – I had never experienced something like that before! And while I miss seeing my wonderful colleagues every day, time has now come to take all this newly-acquired campaigning knowledge and make it available to the filmmaking community on a broader scale. I'm employing myself once again, and the first few weeks at FILM & CAMPAIGN have been so busy that I'm starting to feel confident about meeting an actual demand – and that's not a common feeling in the documentary world!

It was also in 2014 that, after 12 years of co-hosting The D-Word, I decided to quit that role. It was a difficult and emotional decision, especially following the remarkable success of our fundraising campaign '15 For 15'. And a few weeks later, a core D-Word member and fabulous friend, David Herman, died after a swim at his favourite beach. I used to do quite a bit of camera work for David many years ago, and he would always teach me lots about life – and about biodynamic farming! Even though we had lost touch a bit, his constant online presence on The D-Word kept emitting this warm, fuzzy feeling. I miss him.

And then there was that biggest thing of the year, the independence referendum. What a unique opportunity to build a better society! Sadly, the people of Scotland wasted it. Or, to use my favourite phrase of the year, 'bottled it' – as defined in the Urban Dictionary, "when you're on the verge of doing something awesome but back out at the last second or fail to accomplish your objectives due to cowardice." There couldn't be a better description. 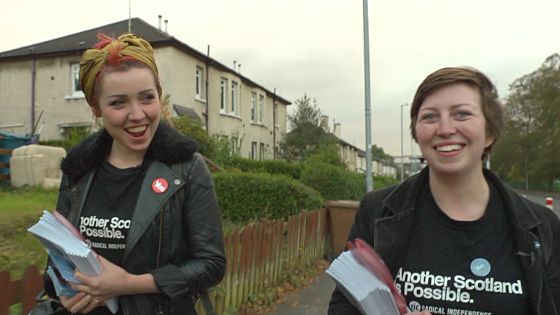 I spent the last few weeks in the run-up to that big day following four extraordinary women who, like so many in the country, had given of themselves to become grassroots pro-independence campaigners. Thank you for sharing so much of your lives with me, Cat, Gillian, Jen and Zara!

So that's another new beginning: I picked up a camera again, and after all those years without it, I'm finally making a film again, all by myself! It felt good – but I was surely speculating on a different outcome of the referendum! Strangely though, there's another new beginning in the air. I assumed that after a No vote, life would be depressing in Scotland. Yet the independence movement now seems stronger than ever. There's always hope.

Looking back at what I just wrote, the year's milestones seem to be mostly of a professional nature. There wasn't nearly enough time for the personal stuff this year (besides the fact it's better shared over a dram than in a blog post). But then, in our so-called 'documentary industry', these two worlds are always interwoven.

There was a special moment at IDFA, the world's documentary love fest in Amsterdam. I was so busy networking the pitching forum that I only got to see a single film in the actual festival. I picked MY LIFE MY LESSON since I had made a NationBuilder website for it and on my computer screen this young lady had stared at me for weeks. The documentary tells the story of domestic violence between parents from the kid's perspective. The screening in Amsterdam was also the first time for Felicia, the Swedish girl at the center of the film, to see it on the big screen.

And there she stood, at the Q&A session, not quite ready to say anything to this international audience. Director Åsa Ekman started to speak on Felicia's behalf. But then, when asked about her decision to participate in a film, Felicia broke the silence, talking straight to the audience in perfect English. She said she wanted to share her own story so that not so many other kids would have to go through what she had gone through.

It was a simple line, but to me it summed up the power of documentary.

Maybe we can all work to make sure that in 2015, the protagonists in documentaries get the same recognition as the filmmakers. How's that for a new year's resolution?

I wish you all – my old pals, my new clients, and indeed my film's protagonists – only the best for 2015. Let that sky be your only limit.