Can we 'sell' a film about a world without money?

"To challenge economy is to challenge ourselves," says filmmaker Maja Borg. "It is far harder than complaining about the banking system." Maja's debut feature Future My Love tells a story of idealism and failure, looking at concepts for both our personal lives and society as whole. "Economy is a human relationship," states the film's tag line.

Contemplating the ideal of a world without money (or, respectively, a relationship without possessiveness), the film focuses on Jacque Fresco's ideas for an economic system in which goods, services and information would be freely available. Fresco's Venus Project (Wikipedia) and the related Zeitgeist Movement have hundreds of thousands followers worldwide. In charge of audience relations for Future My Love, I could possibly tap into a large existing community. 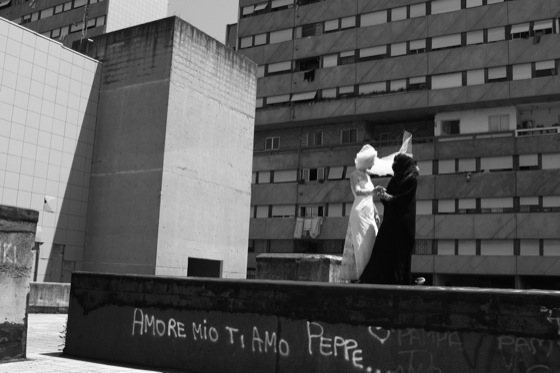 With a thought-provoking Scottish-Swedish co-production that has been critically acclaimed, toured international festivals for more than a year, and won a Green documentary award, what could possibly go wrong?

The tricky part is that this film was produced under the current economic system, which involves quite a bit of money and time. It required investments by the producers, film funds and broadcasters to make it happen. In the end, professional filmmakers need to make some money back from the film in order to pay their rent, just like everybody else. (Not to mention the need to develop another project.)

Our obvious target audience, however, advocates the elimination of money and private property. This includes intellectual property. Over the years, both Venus Project and Zeitgeist Movement have produced their own advocacy films, released for free via YouTube. From their perspective, here we come with another film dealing with their ideas, yet we could potentially make money from tickets, DVD sales or streaming rentals! "Someone wants to cash in," alleges a Facebook comment. "I think I'll wait for the Venus Project's next film, thanks."

Looking for a reasonable compromise, we came across the 'pay-it-forward' model: people receive things like suspended coffees as presents from patrons before them. The recipients will then – provided they approve of the gifts and can afford to return the favour – pay for yet other people to receive goods for free. Pay-it-forward stories reported in the Huffington Postrange from student fees to exchanging kidneys – yet nobody seems to have explored the concept in film distribution.

So there we were, just before the holidays, ready to launch our own pay-it-forward model for Future My Love, allowing our supporters to make a small payment so others – friends or strangers – will be able to watch the film for free. The 'point of sale' is actually located inside a video player that can be embedded anywhere. Based on a joint tech development by the Scottish Documentary Institute and video-on-demand service Distrify, and made possible by the Nesta R&D Scotland fund, there is a sliding scale inside the player: users can choose to 'pay it forward' to just one other person – or to another 50! And they do. In the few weeks since our launch, 750 people have already seen the film for free, thanks to the generosity of others.

Independent filmmakers, and in particular documentary producers, find themselves in a dilemma when it comes to video-on-demand (VOD). The first option is to offer their content through a subscription service (SVOD) which pays them very little, around 10p, per view of their film. The small indies find themselves up against big studios who upload decades worth of libraries and yet get paid the same amount per view (see Nic Wistreich's blog post on the danger of new monopolies). In contrast, transactional (or TVOD) services offer good revenue per view as users specifically pay to view a single film, leaving around £2 for the content owner of a feature-length documentary. What sounds like a much better deal for the filmmakers comes with a big catch: in the age of unlimited free video being available on the web, very few users are actually willing to pay to watch a single film online. Really successful films only get a few hundred transactions a month. As a small indie without proper marketing budget, Future My Love gets rented via TVOD less than 50 times in the same period.

But this is where pay-it-forward kicks in. Remarkably, the number of people who were able watch the film as a gift is 10 times higher than the number of those who simply paid to watch Future My Love themselves. Now all we need is those beneficiaries to pay it forward again...

Most of the film's supporters think it is a great idea, but reactions from the aforementioned target communities – many of whom believe there should not be any payment in the first place – are somewhat mixed. "Put it on YouTube dammit," one Facebook comment reads. Our reply was: "You can't seriously be in favour of economic alternatives and at the same time use what arguably is the most commercial video platform out there." (According to eMarketer's recent analysis, YouTube has earned some $5.6 billion in advertising revenue last year.) The man on Facebook got back to us: "I'd think that uploading as a torrent would be the right thing to do, and I'm totally cool with that." Oh well...

Imagine spending several years of your life working full-time on a project. You would surely expect this project to finally cover your costs and pay you for your time. For hard-working directors like Maja Borg, filmmaking is not a hobby. But this fact becomes harder and harder to communicate in an age when tools and platforms are affordable and accessible to anyone, and everyone becomes a 'filmmaker'. 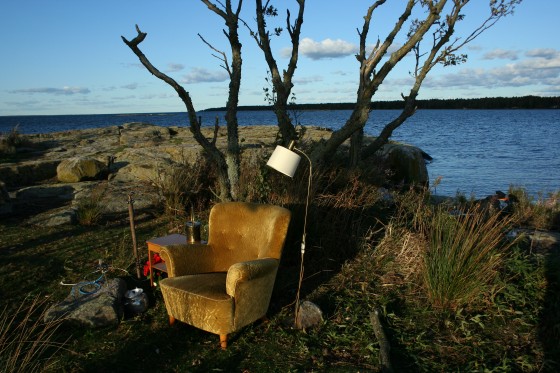 Audiences also forget that reliable video streaming doesn't come cheap, given the huge amounts of data that need to be transmitted in real time. This gets paid for through advertising revenue generated by the VOD service, or through a share they take from the price you've set for your content. Alternatively, you set it all up yourself and pay for it yourself, or you use peer-to-peer file sharing and lose any remaining control over your work.

Following a recent guest post by Maja Borg on the Singularity weblog, commenters suggested that "the movie should be freely accessible to anyone without any restriction," arguing this would reach a far larger audience than pay-it-forward and hence generate income through donations. I can see their point. After all, the Yes Men are said to have earned the equivalent of £20,000 by combining a peer-to-peer network with donations. However, it seems like no other film on that platform has ever been able to repeat the Yes Men's success. In fact, most of them only seem to have raised only a few dollars each.

Thinking about it – isn't our pay-it-forward release also based on donations and free access? See it this way: you get to see a film for free, you like it, you make a voluntary donation to the filmmakers – and this enables even more people to see it.

In fact, aren't people more likely to actually watch the film because they know that someone really paid for them to see it? Imagine a friend giving you a present. It's a freeMetro newspaper he got on the bus. You could as well have picked one up yourself. Now, another friend gives you a special magazine she thought you'd really like. You will appreciate its value which lies in a combination of quality content and the fact that she actually bought it for you. (I should add that, in our pay-it forward system, we built in a neat thank-you feature that allows recipients to send a short message even to anonymous donors.)

We hope to attract enough participants to get our experiment to a self-sustainable level, but we're not quite there yet. While I'm writing this, there are vouchers available to the public every now and then, but the pool keeps running dry (check it, you may be lucky). That said, I'm not giving up yet. I believe in the concept. It may just need a different film, a different target audience to test it once more. Stay tuned.