Film & Campaign has been providing services to the Moving Docs network since 2015, and for the 2018 edition we were pleased to become an official co-beneficiary of this Creative Europe-supported project.

Moving Docs was founded to enable a selection of the best European documentaries to be seen all over Europe, enabling synergies, exchange and innovation among the screening partners involved. The initiative is coordinated by the European Documentary Network. The 2018 programme was a welcome opportunity to explore new ways of engaging audiences through event cinema and new online tools.

Here are some of the highlights from our 2018 collaboration:

As in previous years of our strategic consultancy with Moving Docs, the season was kicked off in Greece where Ben curated and moderated the Moving Docs Outreach Workshop. Three groups developed outreach plans, one for each core film, during a three-day gathering held at Thessaloniki Documentary Festival. Co-tutors included Ben Johnson of gruvi.tv and Joanna Solecka of Alphapanda. 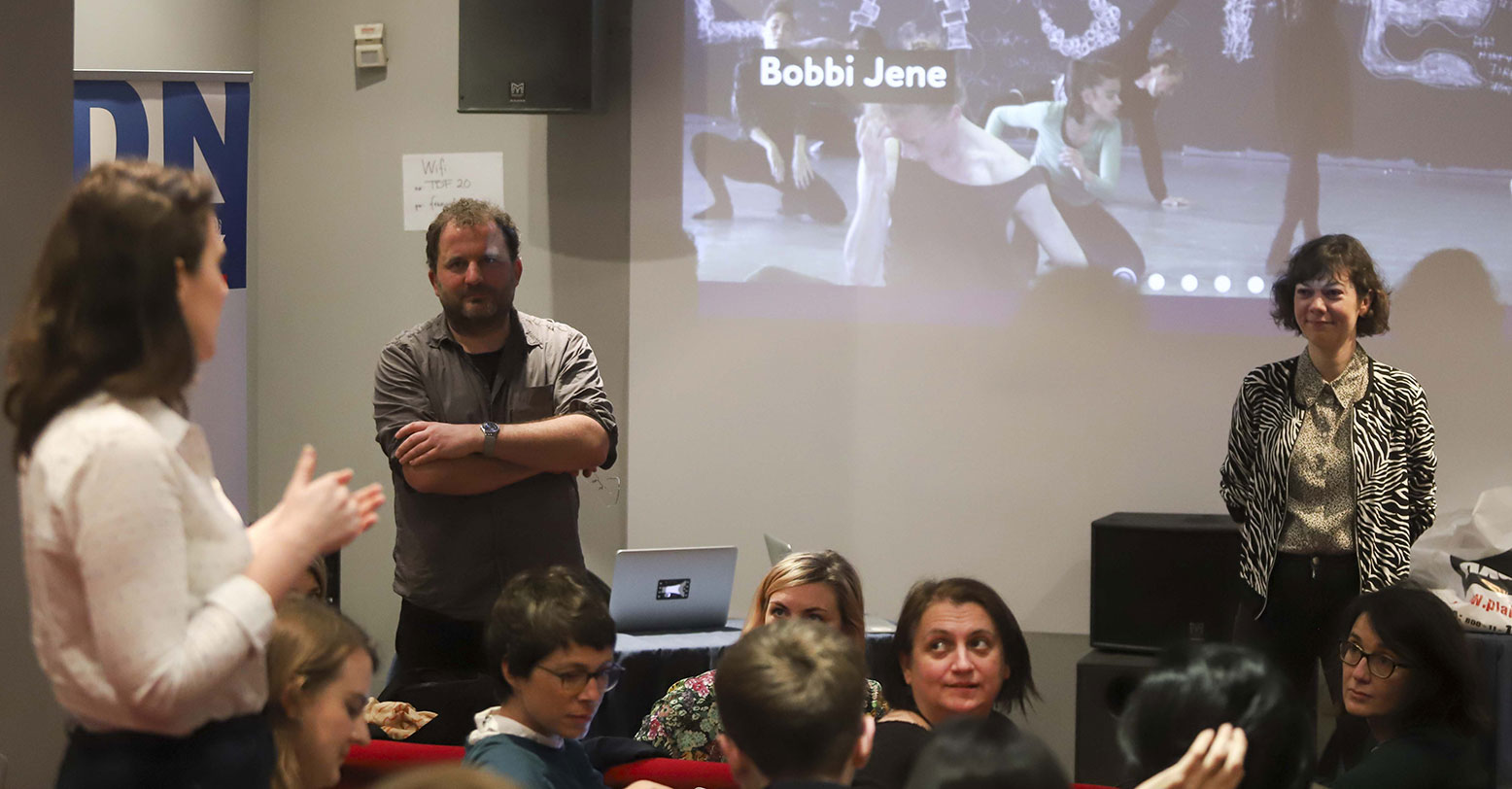 The titles we worked on were eclectic but shared certain qualities — they were impactful, topical and well placed to spark debate and engagement. We laid the groundwork for campaigns for these three excellent titles: Silvana, about the rise of the celebrated Swedish rapper from underground artist to icon, Over The Limit, a tense behind-the-scenes look at the career of a Russian Olympic gymnast, and Golden Dawn Girls, a portrait of three women behind the notorious Greek neo-fascist party.

A few months on, Ben also delivered an online workshop to improve partners’ email marketing. In November, he moderated the annual Moving Docs planning meeting during IDFA in Amsterdam.

A test case for the 'Virtual Screening Room'

Getting large audiences to watch documentaries on the big screen has always been challenging. Moving Docs was founded in order to promote alternative approaches to this challenge, in particular ‘event cinema’ – using films as the basis for unique events in all sorts of social settings, often beyond conventional cinemas spaces.

Our research into the concept of a ‘Virtual Screening Room’, later dubbed ‘Event Cinema Online’, sought to complement this. It proposed creating an online space that replicates the experience of watching a film jointly with others, while also facilitating remote participation in on-site events.

Despite the big strength of event cinema, its biggest drawback is clearly accessibility. Might it be possible to preserve the appeals of scarcity of access to a certain event at a particular moment in time, and the social joy of watching films together, in a digital space? 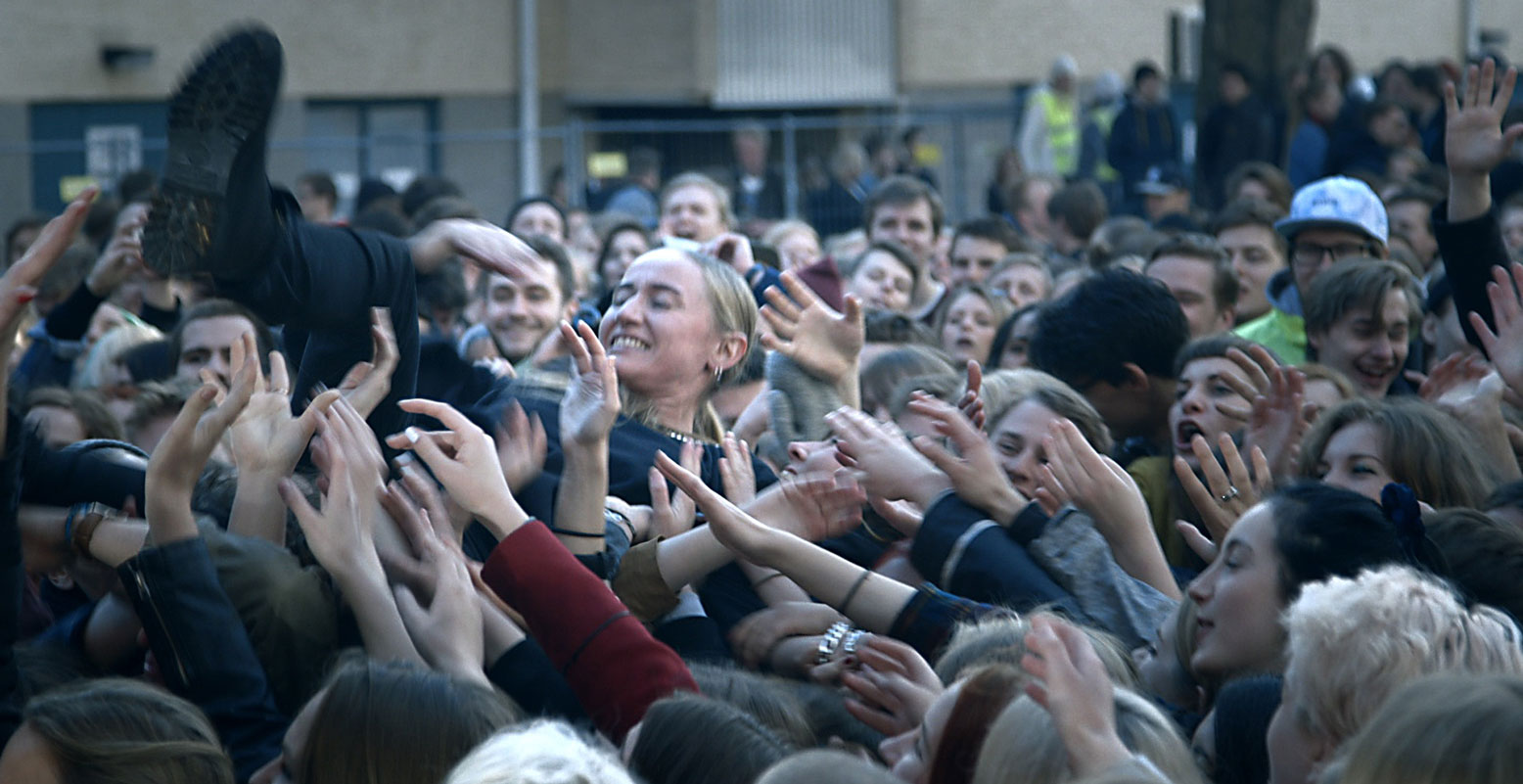 In order to dig deeper into these possibilities, we looked in detail at the factors that draw viewers to online streaming services. We considered new viewing habits that have emerged: such as synchronised viewing with a group chat, and box-set ‘binging’. The attributes we identified that a Virtual Screening Room could provide were the ability to provide high-quality live streaming, audience feedback, remote interaction with the event, geo-blocking, and integrated paywalls. Our research noted that there was no ‘off-the-shelf’ solution that provided the kind of service we envisaged, although we did notice Seattle-based platform Wonderstream, a new service about to launch, was heading in that direction.

We went on to work with Wonderstream to explore a test-case for Event Cinema Online using the Silvana outreach campaign as a springboard. Despite a detailed plan to deploy the tool at several different events, we faced a number of technical and practical problems, including the artist's management cancelling appearances of Silvana Imam at the events organised by Moving Docs partners. This prevented us from putting the concept of Event Cinema Online into actual practice. However, it did allow us to identify and document the kind of challenges that future campaigns might encounter when trialling this approach – while also providing a solid foundation for future application of the concept.

Film & Campaign also assisted Moving Docs in the creation of a new VOD platform based on Vimeo OTT technology, called MOVING DOCS Home Cinema, and proposed developing it into a subscription service in connection with a Moving Docs ‘membership’ scheme.

The year was rounded off by delivering an annual report on the online reach of the Moving Docs platform and a report on the Silvana release.

But what made the year really special was the privilege of becoming a partner in a Creative Europe-backed programme just before the UK leaves the EU.