This post was first published on the Scottish Documentary Blog. 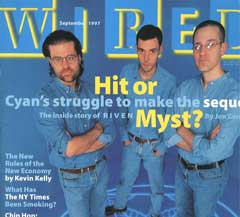 It was 1997 in a Wired magazine when Nic Wistreich first read about "virtuous circles". In an article about the "New Rules for the New Economy", Kevin Kelly had come up with this law:

"In networks, we find self-reinforcing virtuous circles. Each additional member increases the network's value, which in turn attracts more members, which in turn increases value, and so on, in a spiral of benefits."

This is what Kelly's circles looked like at the time:

Yet it would take another 14 years for this concept to appear in documentary production.

Fast forward to 2011, and Nic Wistreich has become the tech consultant on an audience engagement project of the Scottish Documentary Institute, aptly named the Virtuous Circle. What is it all about?

People usually watch documentaries because they're interested in the subject matter, and not because they're a fan of the filmmaker. And while documentaries may feature great characters, these will rarely be well-known actors. In other words: unless we keep making films on the same topic, our business has not been particularly sustainable.

Up until recently, your typical documentary filmmaker would start from scratch every time they started a new film. And they would finish the film before they even thought about looking for audiences. So it was mostly their own peers in the so-called 'documentary industry' that would then get flooded with messages like 'look at my film', 'like it on Facebook', 'buy the DVD', and so on. And quite a few crowd-funding attempts felt more like industry incest...

Needless to say, this has been a spiral – but certainly not "a spiral of benefits" as Kelly calls it.

We've been pretty good at building networks for documentary professionals. The best example may well be The D-Word, an online community I've been co-hosting for the last ten years. But what do we need to do in order to network with our audiences? Nic Wistreich came up with this graphic to illustrate our concept for the Virtuous Circle: 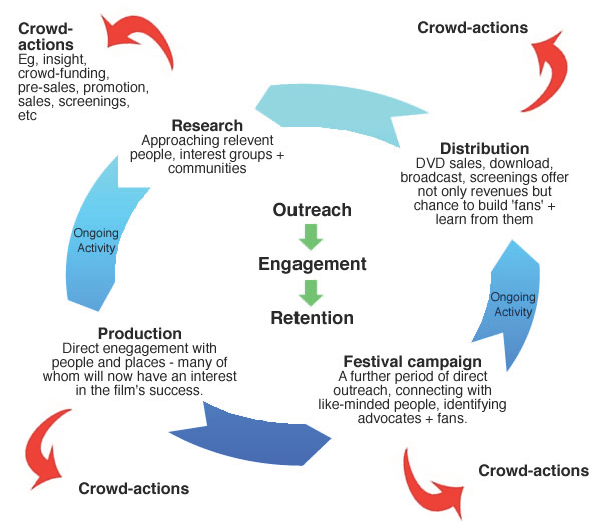 There are two things we really need to tackle:

In the meantime, if you're going to the Glasgow Film Festival this weekend, there's a debate called Virtuous or Vicious Circle? (Kubrick Never Crowdfunded). Join us there, and you may hear me say: "Well, Kubrick never crowdfunded, but he's not really known for his documentaries either."