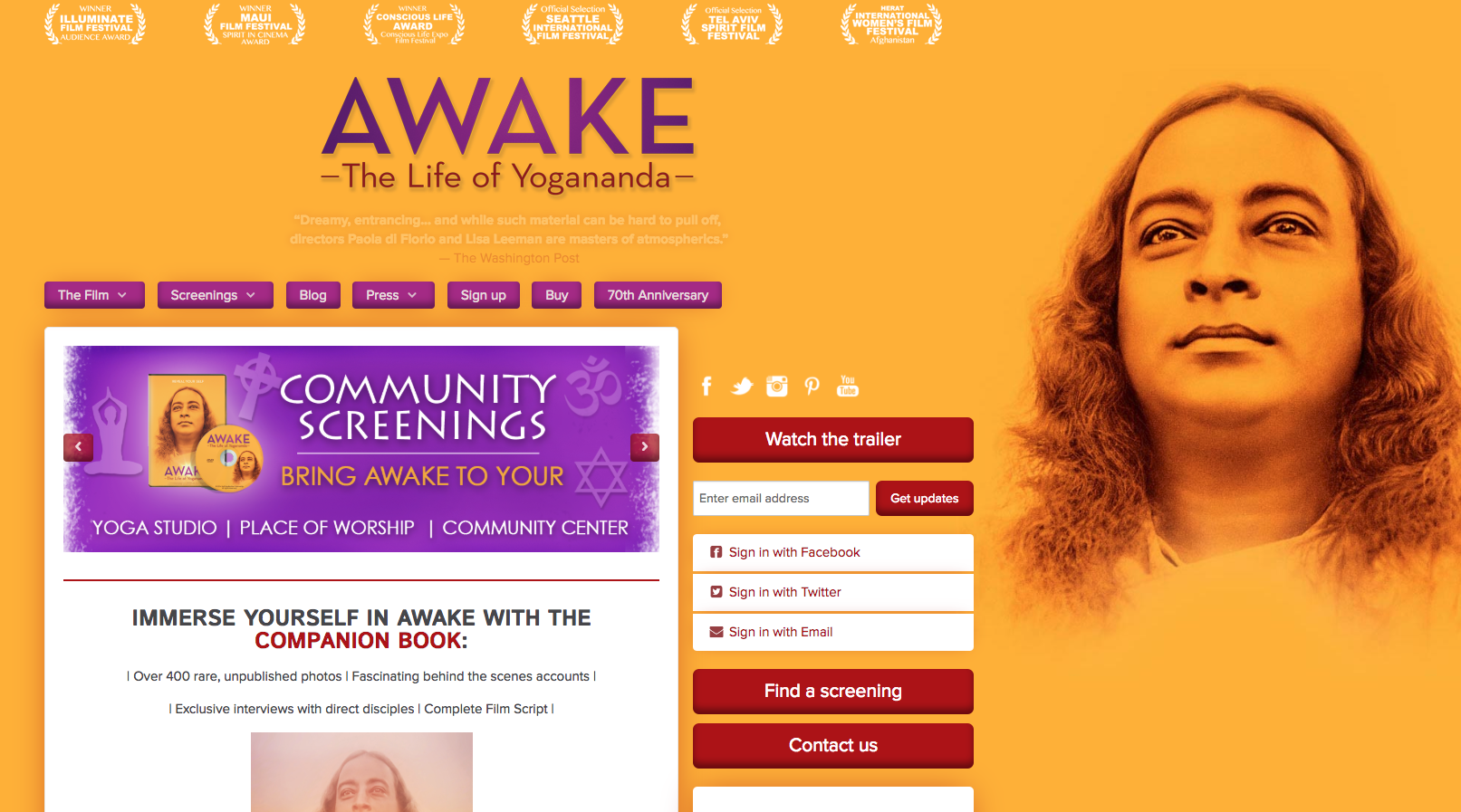 AWAKE made headlines because it grossed well over one million dollars at the theatrical box office – an extraordinary success for an independent feature documentary.

The release was well under way when the producers approached us for a website relaunch using NationBuilder, which would allow them to broaden the release even further by facilitating community screenings on a grassroots level.

The main mission was to match the look of existing artwork with its intense colours while facilitating a classic layout with main column and sidebar.

A speciality of this site is the integration with 123 ContactForm which makes a multi-page licensing agreement an integral part of the website – including online signatures and invoicing.

Update: The site also integrated Gathr for on-demand theatrical screenings, but this is no longer active at this point. The clients have also made various other updates themselves, so some pages don't quite look the way they were launched by us. But you get the idea...