AND THEN YOU WIN

Four women and the state of Scottish independence

Four women and the state of independence

On 18 September 2014, people in Scotland were asked if they wanted their country to become independent or not.

Over five weeks in the run-up to the referendum, this film follows four grassroots activists who have dedicated every free minute in their lives to achieving change. They are Cat Boyd, Zara Gladman ('Lady Alba'), Gillian Martin ('@MisssyM'), and Jen Stout. 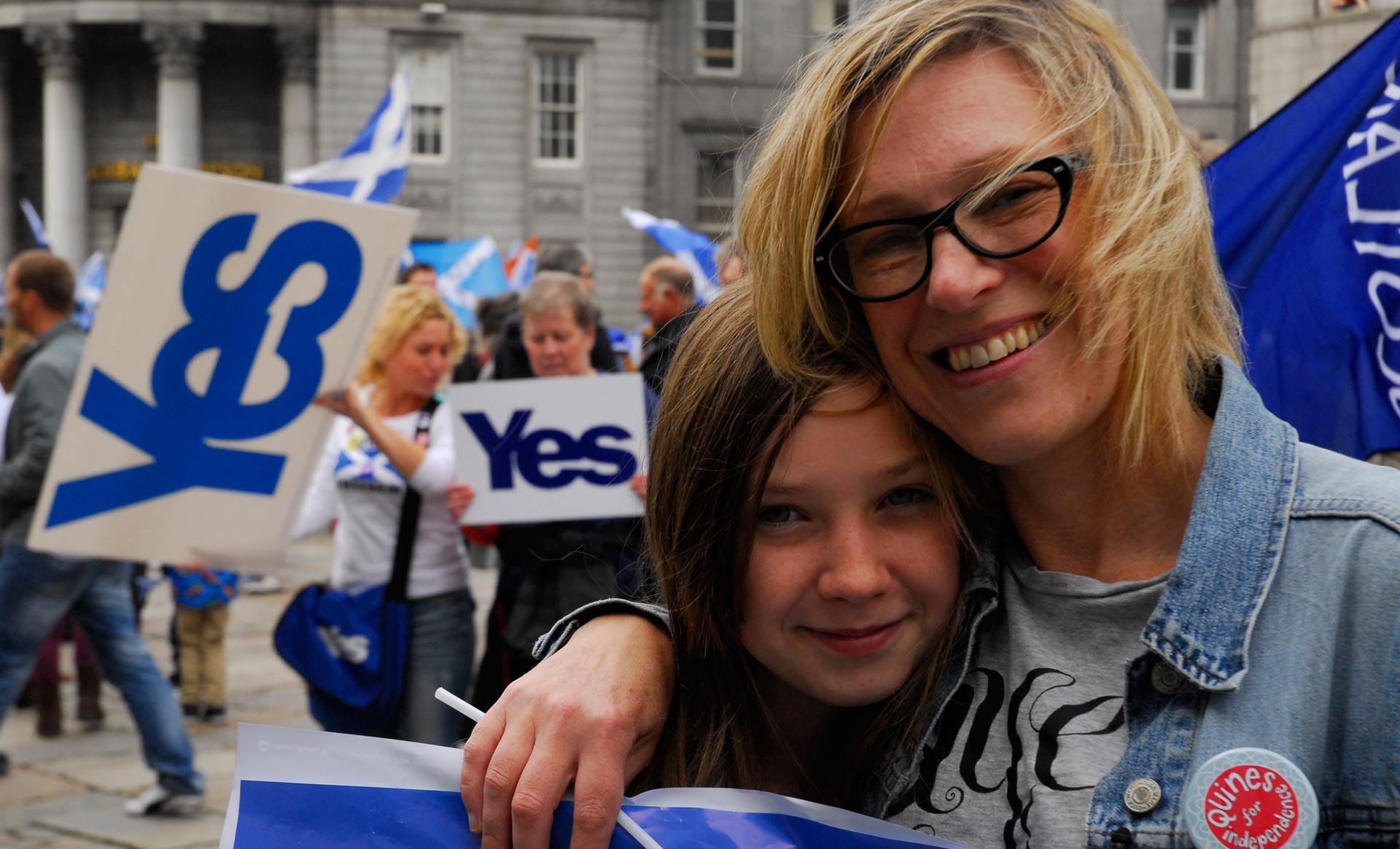 Early polls showed a majority of women intending to vote 'no' to independence. Winning them over for 'yes' was seen as crucial. How could they be convinced? Is there a special case for independence for women? And how do you promote the concept of independence in an interdependent world?

AND THEN YOU WIN will be a document of how the people of Scotland – and women in particular – have built the biggest grassroots campaign Scotland has seen in living memory.

The 'summer of independence' may be over, but the age of self-determination has only just begun.

To track progress of this project, sign up at www.andthenyouwin.com.